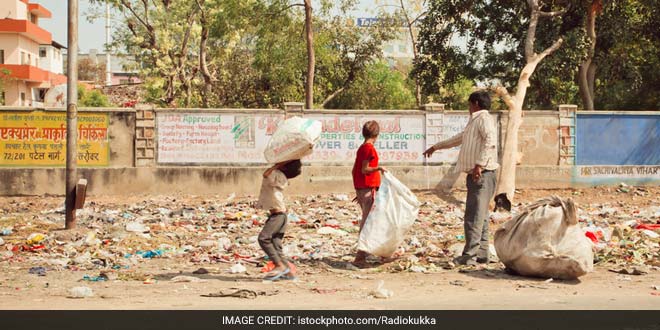 New Delhi: The Centre on Saturday launched a campaign to promote waste management in rural areas in a bid to promote sanitation and break caste nexus attached with cleanliness workers.

The campaign has been started under the National Rural Livelihoods Mission which also ensures additional income to people in rural areas.

“On the theme of ‘waste to wealth’, this campaign has been started. There may be income generating opportunities from converting waste to other uses, however, it needs to be understood that the priority is its management,” said Rural Development Minister Narendra Singh Tomar.

“About 400 villages in 8 states have started the process of adopting these waste management models. The broader purpose behind this is to bring some sense of dignity for cleanliness workers (safai karamcharis) and involve people from all castes in this creative activity and breaking the caste nexus attached with sanitation related works,” Mr Sinha said.

Solid waste management in rural areas is relatively new. It is estimated that 15,000 to 18,000 million litres of greywater and 0.3 to 0.4 million metric tonnes of solid waste are generated each day in rural areas, Mr Sinha said.

Given the small size and relatively strong community links in rural settings, the government is keen to initiate waste management in partnership with community institutions like gram panchayats.

Funding for the programme has been gathered from various sources like Mahatma Gandhi National Rural Employment Gurantee Act (MNREGA), 14th finance commission grants to Panchayati Raj institutions and other grants to Gram Panchayats.