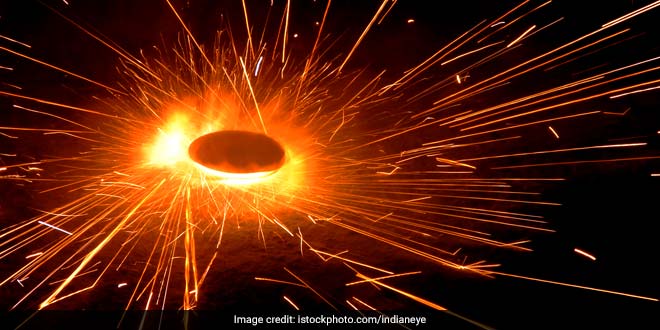 The jury may be still out on the effectiveness of the call for a cracker free Diwali, to keep the air clean and fit for breathing. But that has not stopped Mizoram to rule in favour of Christmas and New Year Celebrations minus crackers. The state government of Mizoram on October 28 announced a complete ban on sale, burning and import of firecrackers into the state on the occasion of Christmas and New Year celebrations. The ban extends to not just firecrackers, but similar products such as toy guns which produce minimal gunpowder emissions have also been banned in the state. Top bureaucratic officials and members of the state’s pollution control board were present at the meeting, including Mizoram’s Home Minister, R. Lalzirliana.

Air pollution is a matter of concern in Mizoram. The state’s ambient air quality gets highly affected by the shifting cultivation technique, locally known as “jhooming,” which involves partial burning of crops. The release of pollutants such as sulphur dioxide and nitrogen dioxide are regarded as prime pollutants in Mizoram. From December to January, the air quality in the state is affected due to “jhooming” and the increase in respirable suspended particulate matter (RSPM) is visible during those two months. The Central Pollution Control Board in 2015 estimated that particulate matter count in winter was around 260 against the standard prescribed count of 100. The state’s decadal air quality is further worsened by the bursting of crackers during the last week of the year.

Winter is usually a difficult year because of the air pollution we face every year due to burning of crops. The air quality sees deterioration during the months of December and January and on top of that, firecrackers only worsen the situation further. We have also identified some of the zones in the state as heavy air pollution zone and hence banning of firecrackers was a long overdue step, said R Kemp, Member Secretary, Mizoram Pollution Control Board.

In November 2014, the state had imposed a similar ban on bursting of firecrackers and was moderately successful in implementing it. To enforce the ban, the state government had sought help from local NGOs and media to ensure that people were adequately aware of the ban and adhered to it. This year, even import of firecrackers has been included in the ban so that firecrackers from the neighbouring states are not brought inside Mizoram. To ensure that this happens, officials from departments of Taxation and Enforcement were asked to man checkposts with adequate police personnel. High-ranking officers from the state police were also present at the meeting.

While sale and bursting of firecrackers has been banned earlier in the state as well, people may import crackers from neighbouring states, as they have done previously. We have enforced a strict ban on that as well this year, and instructions have been given to relevant authorities to ensure that the firecrackers do not come into the state, said Mr Kemp.

This ban  by Mizoram is even more stringent than the one imposed by Supreme Court last month on Delhi-NCR. That just banned the sale of firecrackers between October 09 and November 1, pegged to Diwali the order did not ban the  burning or import of firecrackers. The result of the order was that while the air quality did not touch the dangerous levels of last year, at 431 (benchmark being 0 to 50), it was still bad at 319. The story of other cities was not very different. Several other metros like Mumbai at 247, Chennai at 936 and Kolkata at 451 showed alarming increase in the pollutant count in their air on the nights of October 19 and 20. And some like Mumbai had announced measures like ban of firecrackers in residential areas to control pollution pegged to Diwali.

Mizoram hopes to have a better luck than the Diwali experience of other Indian cities. Leading up to the week of Christmas and New Year, the state government will carry out sensitisation programmes across educational institutes. The focus of such programmes will be to educate young students about the adverse environmental and health hazards of bursting firecrackers. The state government will also appeal to churches and request them to tell people about the ill-effects of cracker burning. At a time when most of the states are struggling to contain the bursting of firecrackers and air pollution that follows, Mizoram wishes that this move will ensure that 2017 makes way for 2018 with a breath of fresh air minus the pollution.

Also Read: Air Pollution Caused By Combustion Of Solid Fuels Equally Contributes To The Stroke Burden In The Society

Bareilly’s ‘Roko-Toko’ Campaign Will Sensitise People About The Ills Of Open Defecation, To Meet Its December ODF Deadline