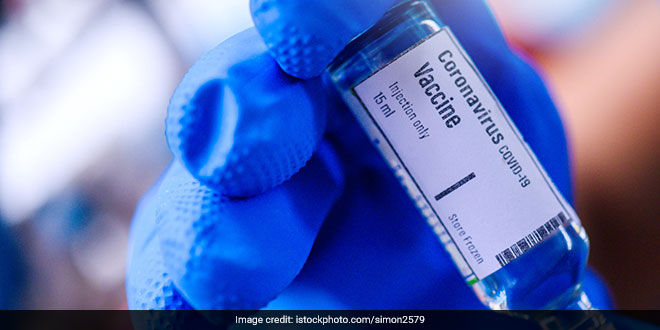 Washington: An experimental COVID-19 vaccine developed by the American biotech company Moderna prompted neutralising antibody activity in healthy adults, though it led to minor side effects in many patients, according to a new study from the preliminary stages of an ongoing trial. This initial findings, published in The New England Journal of Medicine, is from the first 45 participants of ages 18 to 55 years enrolled at the study sites in Seattle and at Emory University in the US.

According to the study, the investigational vaccine – mRNA-1273 – induced immune responses against the novel coronavirus SARS-CoV-2 in all participants, “and no trial-limiting safety concerns were identified.”

The researchers, led by Lisa A. Jackson from Washington Health Research Institute in the US, said mRNA-1273 is designed to induce neutralising antibodies directed at a portion of the novel coronavirus “spike” protein, which the virus uses to bind to and enter human cells.

They said it is being co-developed by researchers at the National Institute of Allergy and Infectious Diseases (NIAID), and at Moderna, Inc. of Cambridge, Massachusetts in the US. In the study, three groups of 15 participants received two intramuscular injections, 28 days apart, of either 25, 100, or 250 microgrammes (mcg) of the investigational vaccine.

The scientists noted that all the participants received one injection, and 42 received both scheduled injections. They said in April the trial was expanded to enrol adults older than age 55 years, with 120 individual participating now.

However, the researchers said the newly published results cover only the 18 to 55-year age group. From the current study, the said no serious adverse events were reported from the use of the experimental vaccine.

However, the scientists said more than half of the participants reported fatigue, headache, chills, myalgia or pain at the injection site. They explained that systemic adverse events were more common following the second vaccination, and in those who received the highest vaccine dose.

Commenting on the findings, Andrew Freedman from the University of Cardiff in the UK, who is an infectious disease expert unrelated to the research, said most of the reported side effects are common after vaccination.

The side effects experienced by more than half the participants are quite common after other vaccinations, although the ‘more severe adverse events’ experienced by three of the subjects given the highest dose may mean that dose is too high to take forward, Mr Freedman said in a statement to the press.

Using this data on side effects and immune responses at various vaccine dosages, the study scientists have formulated doses planned for use in the Phase 2 and 3 clinical trials of mRNA-1273.

Phase 2 studies of this vaccine are already underway, but it will require larger, phase 3 studies to be completed to determine whether it is effective in preventing COVID-19, Mr Freedman noted.

The interim analysis, according to the study authors, includes results of tests measuring levels of vaccine-induced neutralising activity through day 43 after the second injection.

They said two doses of the experimental vaccine prompted high levels of neutralising antibody activity that were above the average values seen in convalescent sera obtained from persons with confirmed COVID-19 disease. With a phase 2 clinical trial of mRNA-1273, beginning enrolment in late May, the researchers said plans are currently underway to launch a Phase 3 efficacy trial this month.