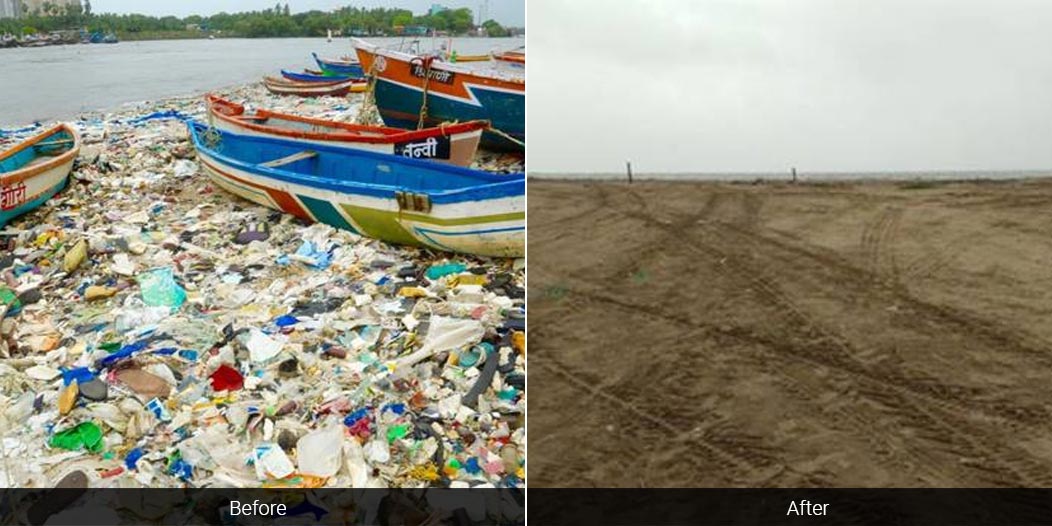 Recently ‘Swachh Versova’ drive hit its crescendo when over 500 residents, famous Bollywood celebrities, BMC (Brihanmumbai Municipal Corporation) labourers and UN officials, including Eric Solheim, Chief of United Nation Environment Programme (UNEP) and Lewis Pugh, the UN Patron of the Oceans, gathered to clean up the Versova Beach. The result – over 2.84 lakh kilograms of trash was manually removed from the 2.5-km long beach.

I would not swim in the sea off Mumbai. I explain to @scroll_in the reasons why. https://t.co/BMpaY0mWGv pic.twitter.com/mm75Xgowbj

This video put up by swimmer Lewis Pugh is worth a thousand words. He was in Mumbai over the weekend to especially lend a hand to the VRV group efforts. As an endurance swimmer, Pugh has conquered difficult aquatic conditions and he is the first person to have swim across the Arctic Circle in an attempt to raise awareness about melting ice caps.

I can’t get this scene out my mind. We must keep #MumbaiBeachClean for these children. Please RT. Thank you. pic.twitter.com/LWmnpxHeLL

This clean-up drive which is now in its 43rd week since October 2015 is the largest beach clean-up in history. It saw people from different walks of life, from UN dignitaries, representatives of the All India Plastic Manufacturers Association, students from different films school to Bollywood celebrities like Pooja Bhatt and Deepak Dobriyal join the efforts.

Government To Consider Penalty System For Those Spreading Dirt