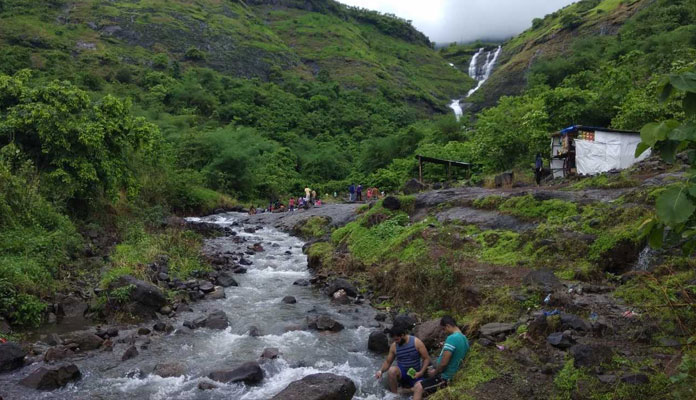 New Delhi: As the monsoons are at its peak and the weather is pleasant, residents of India’s financial capital, Mumbai often embark upon trekking journeys during weekends. On July 2, a group of Mumbaikers also took a journey of 96 kilometres, travelled for almost 2 hours and reached the famous Bhivpuri falls near Ashane village, Karjat district to take on the mounds of waste, generated by the tourists, that is hampering the flow of natural waterfalls of Maharashtra.

The cleanliness drive started from 10 am onwards and by late afternoon, members of Environment Life, an environment conscious citizen’s group, removed nearly 2.5 tonnes of garbage from the Bhivpuri falls. To help the volunteers, local village members also joined the swachhta drive making it to nearly 5,000 people. 90 per cent of the waste procured was of glass bottles that were lying around the waterfall. Being a popular youngster adda, as the piles were being sifted through, what emerged were empty alcohol bottles in huge numbers. Besides the alcohol bottles, chips packets, paper plates, pieces of cloth, plastic spoons, straws, etc were also cleared by them. 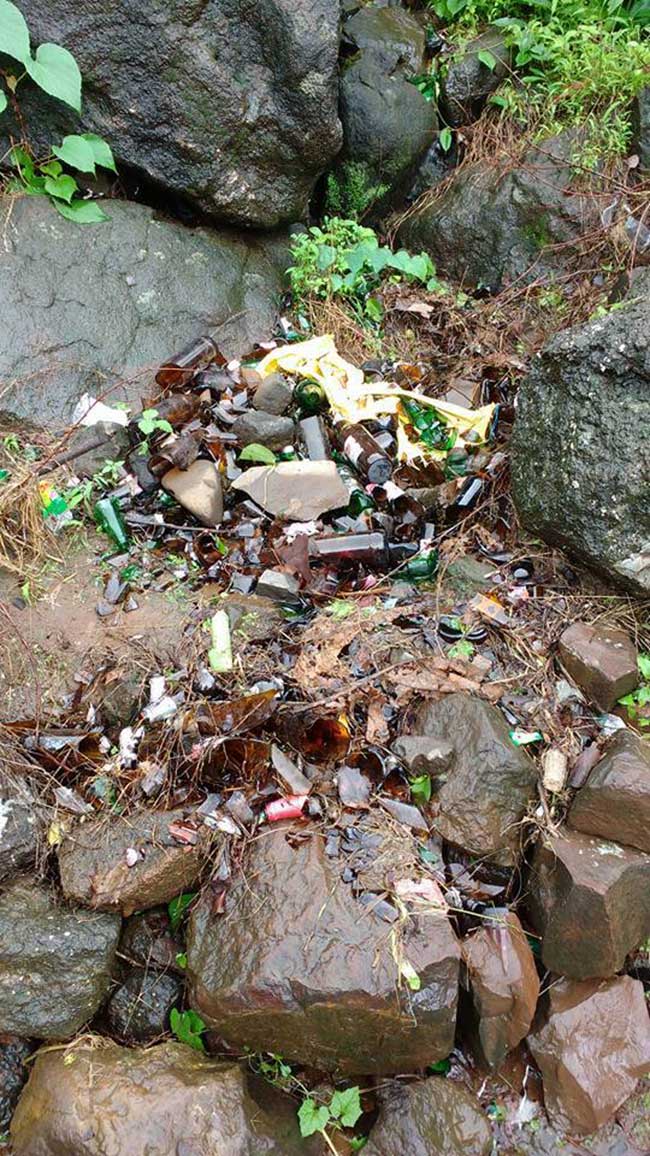 Huge number of empty alcohol bottles were dumped near the waterfalls

This was the 8th ‘Waterfall Clean-Up Drive’ by Environment Life volunteers. Earlier, they conducted such drives at multiple waterfalls like Jummpatti, Tapalwadi, Anandwadi, Khopoli, Kondeshwar, Chinchoti, and Pandavkada.

No government body or any other groups have really touched upon the issue of garbage that is causing pollution near waterfalls. Hence, in October 2016 we decided to explore these waterfalls that are increasingly becoming popular especially during monsoons, says Dharmesh Barai, Head Coordinator, Environment Life. 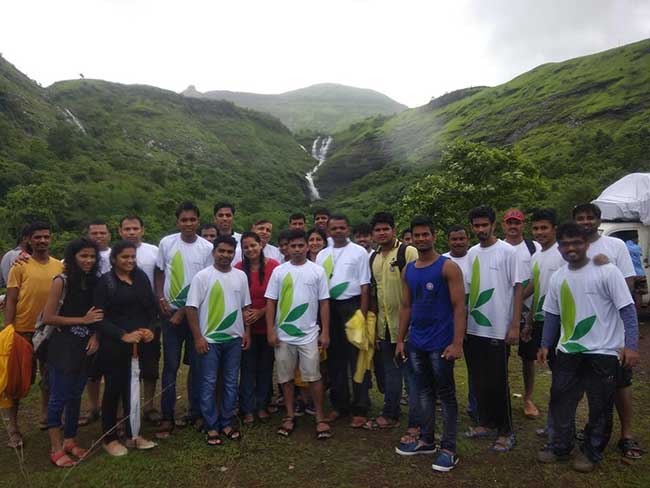 125 volunteers from Mumbai took part in the cleanup drive

Our aim is to provide clean, beautiful and safe natural places to the people so that they can enjoy the trips to the waterfall areas other natural places without any health hazards, adds Dharmesh.

When the group started the cleaning activities in 2016, the volunteers didn’t foresee the degree of negative impact that garbage disposal near waterfalls had on the locals living in those areas. After organising these drives, they realised the setback that the locals have to suffer due to these accumulated garbage, in terms of their livelihoods. 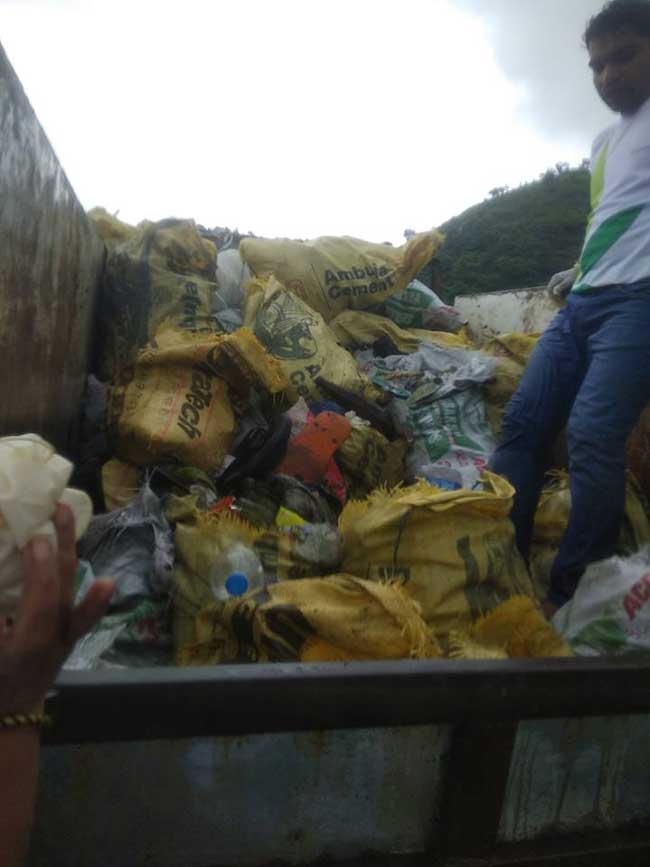 Most of the people living near the waterfalls are into farming. The heavily weighted wastes like glass bottles get thrown away by the force of the water and eventually settle in farming lands making it hard for the farmers to cultivate, “Initially our aim was to spread awareness about keeping our surroundings clean. However, when we saw the reality, we approached the supporting bodies like Karjat Municipal Council, Maharashtra Tourism Development Corporation (MTDC), Swachh Bharat and Maharashtra Pollution Control Board (MPCB) and requested them take some action,” says Dharmesh. 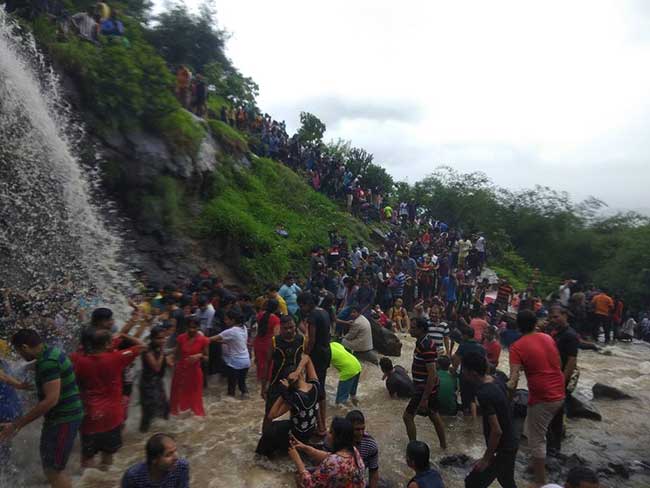 Locals from nearby villages also joined the swachhta drive