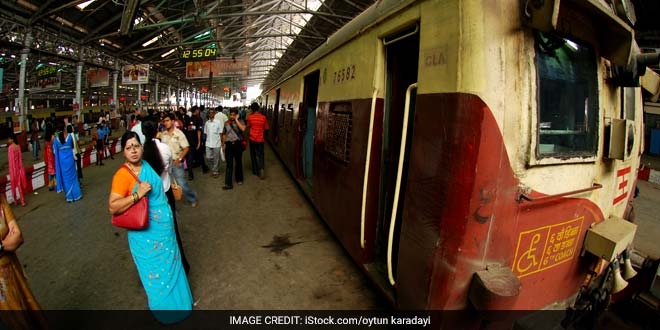 Mumbai: Chhatrapati Shivaji Terminus (CST) is one of the most majestic and iconic buildings in India. It was designed by British architect F W Stevens and was named after the Empress of India, Queen Victoria. It is an outstanding example of Victorian Gothic Revival architecture which has been blended with concepts from traditional Indian architecture.

It has been in continuous use since it was made open to the public in the year 1888.

When Bombay was rechristened as Mumbai, Victoria Terminus was re-named after the great Maratha warrior Chhatrapati Shivaji and the building earned a world heritage tag from UNESCO in 2004.

“What Taj Mahal was to the Mughal Empire, CST was exactly that to the British Empire. It’s one of the world’s most beautiful buildings” explains heritage expert Tasneem Mehta, Vice Chairman of INTACH.

“While the building was built on late medieval Italian models, the stone dome, turrets and pointed arches are from Indian architecture” he says.

The CST is also among the iconic locations selected among the 10 tourist sites in India which the Government of India wants to clean up under the Swachh Bharat Abhiyan.

Since the 138 year old terminus is the functional headquarters of the central railways with a footfall of 5 lakh people every day, maintaining cleanliness is a humongous challenge for authorities. It is also the main hub for Mumbai’s life line – the local trains – with over 1,200 shuttles running every day in addition to the 100 passenger trains which go all across the country.

The railways have increased cleaning activities and efforts are visible within the waiting halls and on numerous platforms which are swept and mopped round the clock. However, problems persist.

While railway tracks are cleaned, bleached and sprayed with mosquito repellents, the tracks are littered with human excreta. Rodents scurry freely which increases risks of multiple diseases. Moreover, the stench from toilets is overpowering and needs an urgent overhaul.

“We are trying our best to keep the tracks clean. But with the number of trains it becomes difficult to find a gap. However, we plan to fit all trains with bio toilets and once that is done it will destroy all human waste,” says Sudhir Kumar Ganngele, CST’s Chief Health Officer.

Since the aim is to make CST more attractive for tourists, responsibility has been given to the Brihanmumbai Municipal Corporation (BMC) to keep it clean. It is a stupendous task requiring lakhs of people who work or live around the CST. BMC officials also have teams who work in three shifts and clean a radius of 500 meters around the CST. Marshals have been appointed to fine those who litter, which is the biggest problem for the civic body.

“A large number of hawkers are illegal. They need to be removed or relocated. Also, the bus depot adjacent to the CST needs to be moved out as pollution from exhausts is damaging the building” explains A K Srivastav, the Additional General Manager of the Central Railways.

“The idea is to have an ensemble of iconic billings in this vicinity which can all be part of a heritage walk. If it becomes more tourist-friendly, it will lead to cleanliness” he says.

As evening descends, the glory of CST gets an awe-inspiring face-lift as it’s yellow stones are bathed in multi-coloured lights. The potential is certainly immense. All it now needs is dedicated implementation and conscious Mumbaikars who will help turn it into a reality.

From Iconic To Swachh, India’s Landmarks To Lead The Way To Swachhta