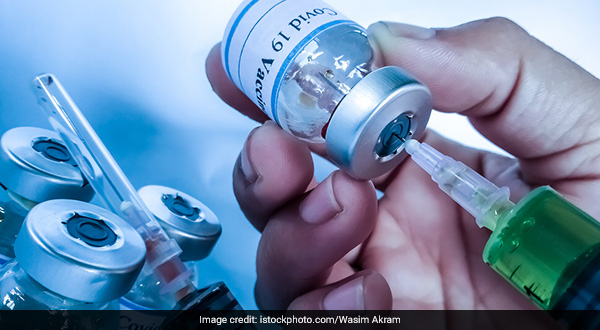 New Delhi: Amid concerns about a new coronavirus variant found in the United Kingdom (UK), Council of Scientific and Industrial Research (CSIR) Director-General Dr Shekhar Mande on Tuesday (December 22) said that the mutation in the coronavirus will not affect vaccine development as vaccine invokes the overall immunity of the body. He said people should be cautious as scientists in the UK have said that the new strain is more transmissible. “The reported mutation in coronavirus should not impact vaccine development in any way because vaccine invokes the overall immunity of the body,” Dr Mande told ANI.

COVID-19 vaccine is likely to fight off any mutation because the mutations are only minor mutations which take place at one or two or at the most ten locations but the vaccine or the antibodies that are generated are against the entire vaccine. So, in principle, the vaccine will be as effective even with the mutated virus stream, he added.

Dr Mande sounded a note of caution by saying that the mutation in the virus is more transmissible as has been reported by the scientists of the UK.

What has happened is that people in the UK have observed certain mutations in the viral genome sequence. The UK scientists have gone on record to say that this mutation is more transmissible. They have made the claim that person-to-person transmission is more in this mutated virus. The scientific world has not seen this claim but it has been reported in the media so we will have to believe the claim, he said.

Dr Mande said that the mutation may cause slight variation in RT-PCR tests but it may not have much effect on antibodies test if the antibodies are polyclonal.

In terms of RT-PCR antigen tests, it recognises a specific element of the viral genome or ribonucleic acid (RNA). If there is a mutation in the small sequence then RT-PCR results may slightly vary. Similarly, for the antigen tests, there may be some effect in the case of monoclonal antibodies but if the antibodies are polyclonal then they may not have much effect on the antibodies test, he said.

Health Ministry said earlier in the day that a new variant of SARS-CoV-2 virus has been reported by United Kingdom (UK) to the World Health Organization (WHO).

It said this variant is estimated by the European Center for Disease Control (ECDC) to be more transmissible and affecting the younger population.

This variant is defined by a set of 17 changes or mutations. One of the most significant is an N501Y mutation in the spike protein that the virus uses to bind to the human ACE2 receptor. Changes in this part of the spike protein may result in the virus becoming more infectious and spreading more easily between people, the ministry said.

The Ministry of Civil Aviation had said on Monday (December 21) that flights from and to the UK will stand temporarily suspended from December 23 to 31, 2020 or till further orders.

The government has also issued a direction that all the passengers coming from the UK during the intervening period from December 21 to 23, 2020 will have to undergo RT-PCR tests at the airports of arrival.