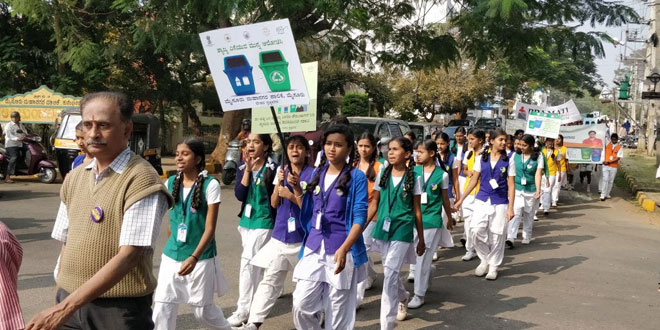 New Delhi: People walking in a rally promoting cleanliness, temples getting washed, few men cycling around the city with placards of hygiene, women officials or experts taking lectures on menstrual hygiene and children armed with brooms are some of the things you will notice, if you happen to be in Mysuru from January 16 to 31. Yes, the temple city has launched a mega cleanup drive to regain the cleanest city title. Outshining 73 India’s cities, Karnataka’s Mysuru had bagged the ‘cleanest city’ title in what may be referred as India’s first cleanliness survey in 2016. The following year, though the city managed to feature among top ten, it slipped to number 5. 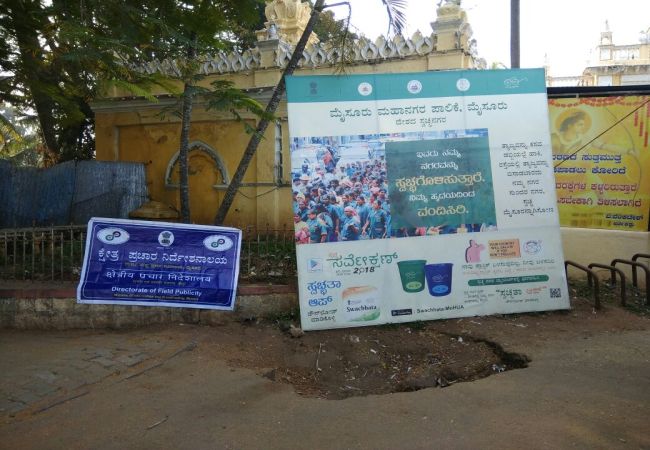 This year more than 4,000 cities are participating and hence the competition has increased. We will run a parallel Swachh thematic event for 15 days. Drives will be held from heritage sites to tourist spots, through which we will create mass awareness and also help the Mysuru win the cleanest city award, Deputy Commissioner D. Randeep, Mysuru Municipal Corporation.

Also Read: #UjjainBanegaNo1: Here Is What Fifth Largest City In Madhya Pradesh Is Doing To Be On Number 1 In Swachh Survekshan 2018

Directorate of Field Publicity Office, Mysuru, in collaboration with the Mysuru Municipal Corporation (MCC) and Citizens Forum of Mysuru kickstarted the fortnightly drive on January 16 to regain the top spot. The drive was inaugurated by Deputy Commissioner D. Randeep near the Kote Sri Anjaneya Swamy Temple. A special puja was organised for all the cleanliness equipments including brooms, spade, basins and shovels. 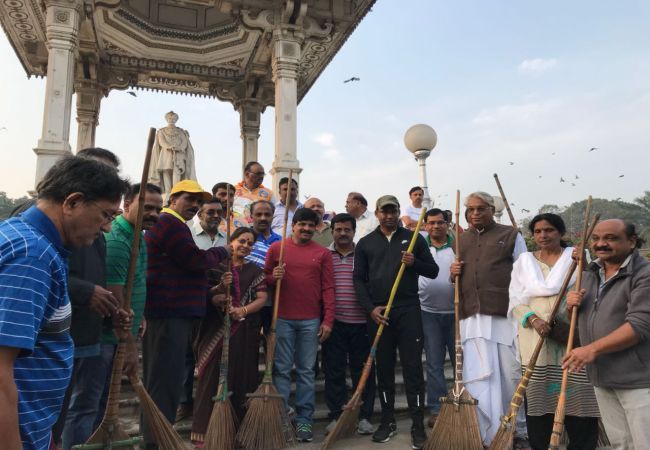 The administration officials have dedicated every day to one principle from Swachh Bharat Abhiyan. This has been inspired from the swachhta pakhwadas organised every month in rural areas of Mysuru. The basic goal of pakhwadas is to maximise citizen involvement by inviting them for cleanup drives. 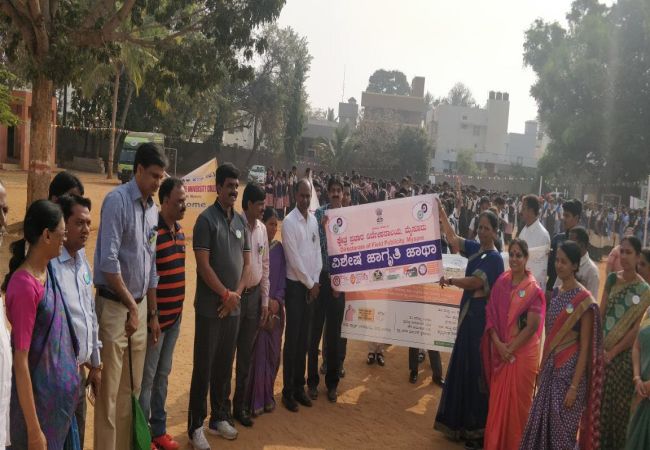 Swachhta Pakhwadas is a regular activity that we conducted round the year in the rural leg of Mysuru. And the response has been phenomenal. People have come out in huge numbers and participated in the 15-day cleanup drives. So, looking at the positive result, we took a decision of replicating the same in the urban areas as well. 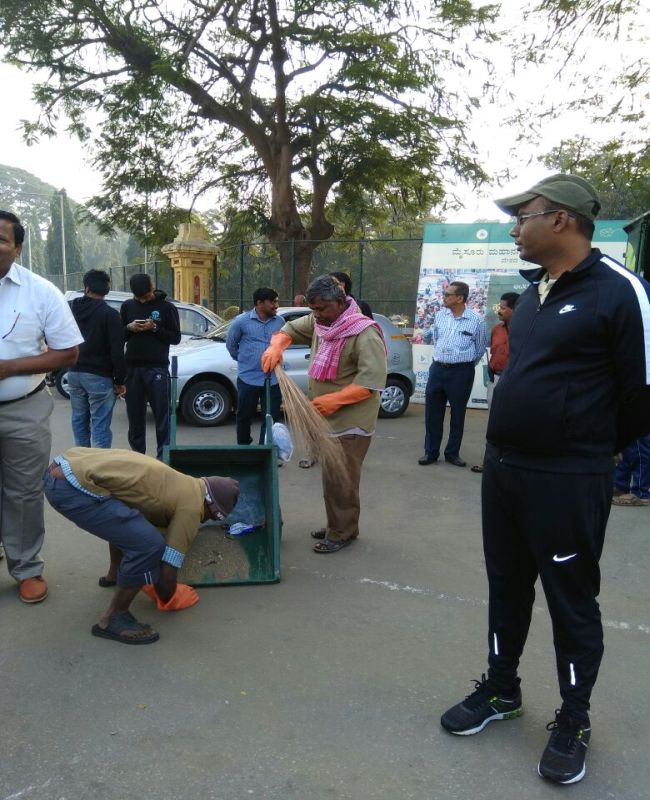 Day one witnessed Shramdan and cleaning activities at three circles including K.R. Circle, Chamaraja Circle and Hardinge Circle. Next 3-4 days, swachhta activities were marked in educational institutions. Elocutions, essay and painting competitions, etc were carried out in schools across the city. Over 100 students are expected to join the wall-painting activity all over the city. 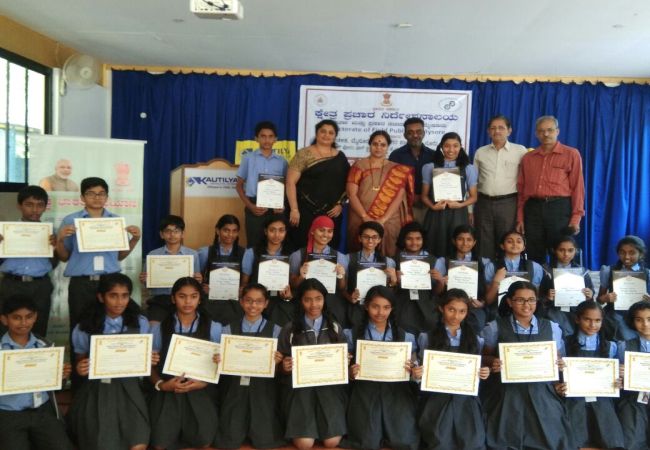 We hope to target all the black spots of the city and give a fresh look by painting them. This mega drawing show will be a unique programme being held under the DFP, Govt. Of India, adds Dr Poornima. 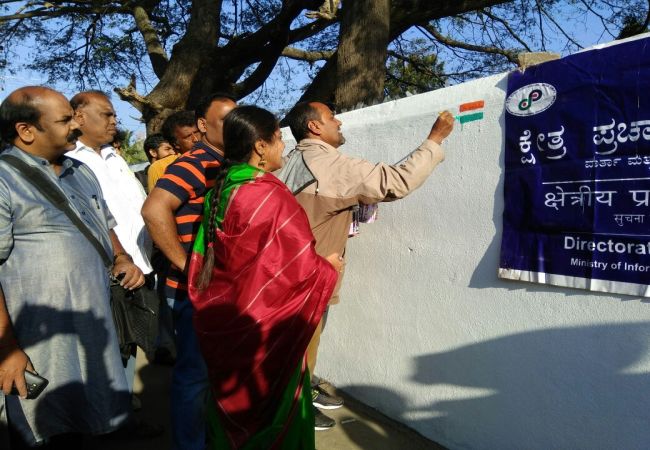 An awareness rally via cyclathon and walkathon is expected to take place on January 21 at Ramaswamy Circle. The authorities have roped in professionals from different sectors to set an example in their respective fields. For instance, one of the days, judges of district court will sweep their own premises and inspire the entire legal fraternity to keep their working areas clean and hygienic. 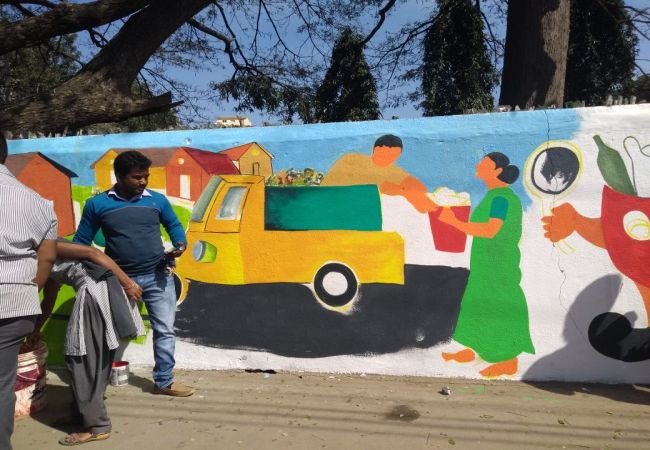 Similarly doctors in hospitals and clinics will impart knowledge on scientific disposal of bio-medical waste. All the public places including Bus stands, railway stations, and parks will also hold cleanup drives ad awareness campaigns. Demonstrations on waste management techniques like composting and recycling will also be given to the residents in different locations. 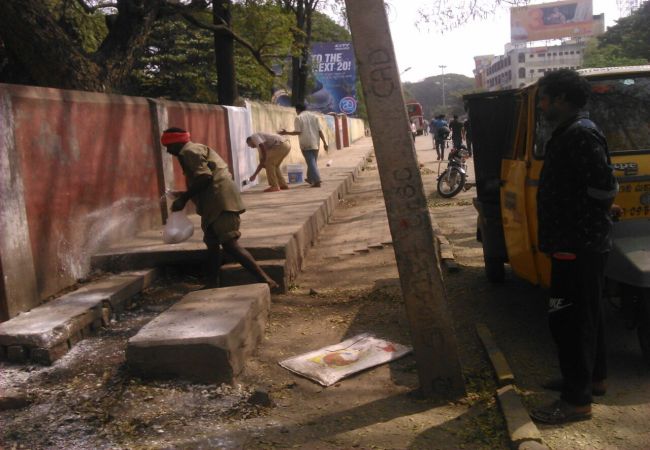 The citizens have also been asked to download the Swachhta App of MMC and upload feedbacks or complaints regarding cases of open defecation, waste disposal, littering, unclean public toilet, etc. Telephone number ‘1969’ has also been activated for residents to register their comments via telephonic conversation. 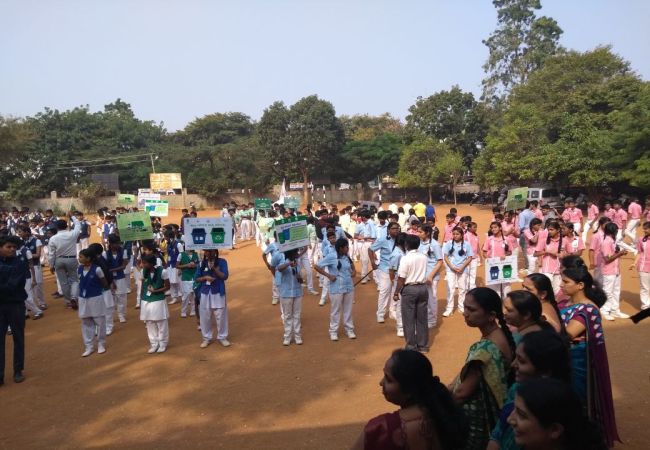 The MMC also circulated short films on Clean India Mission to the residents. Filmmakers were asked to document some of the works done by the civic body to improve the city’s sanitation and waste scenario. Apart from the short films, the corporation has appointed vehicles with screens that will showcase video messages from the Chief Minister Siddaramaiah and former cricketer Javagal Srinath, who is also the ambassador of Swachh Mysuru.

After gaining the 5th position last year, the MMC initiated sanitation enhancement in 2017 itself. Since result declaration the civic body has built over 70 public toilets. 55 out of the city’s 65 wards have door-to-door garbage collection and 100% waste segregation in place. The MCC has also placed colour coded dustbins throughout the city to encourage segregation when disposing waste.