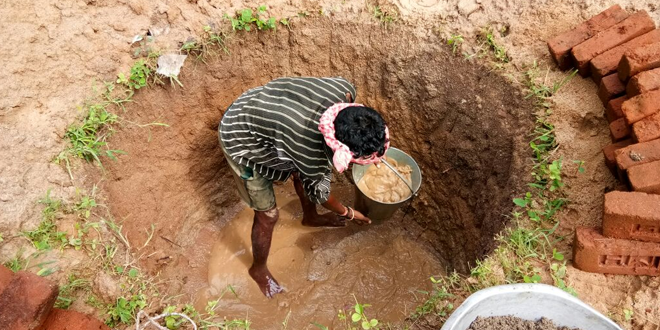 New Delhi: Simdega’s is the least population density district of Jharkhand and nearly 35 per cent of its area is forested. Considering the poor road connectivity and communities living in scattered and hilly areas, the process of open defecation free (ODF) was slow from the beginning of Swachh Bharat Abhiyan. Technical obstacles coupled with an urge to make residents highly active in the cleanliness mission led to the birth of Gaddha Khodo Abhiyan (GKA). In August 2017, the initiative, brainchild of District Collector (DC) Manjunath Bhajantri, was started to create mass awareness. 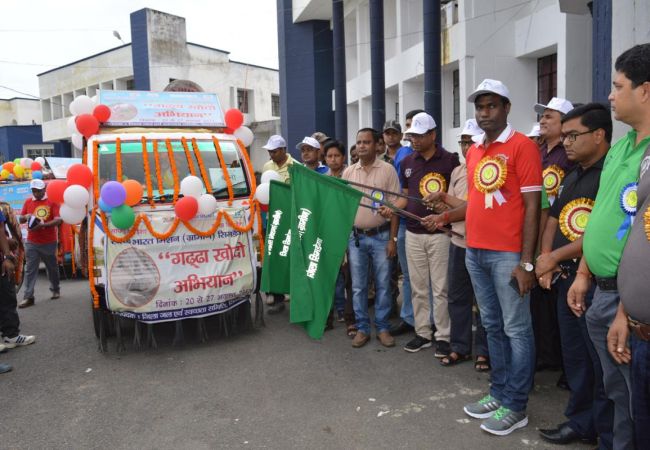 The campaign also aims at making every individual self-aware about cleanliness and hygiene prevailing in their respective surroundings and work towards solving the same through shramdan or voluntary participation. Thus, under the GAK every resident of Simdega district is expected to come forward and engage himself/herself in digging one toilet pit for their house. 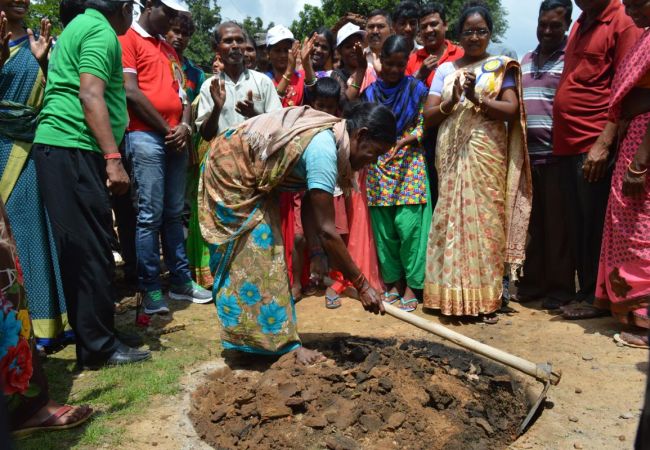 Also Read: Jharkhand’s Open Defecation Free Mission Gets Off To A Good Start In 2018, Hazaribag To Join The List of ODF Districts In The State

Talking to NDTV about the Swachh initiative, Mr Bhajantri says,

When a baseline survey was conducted in 2012, it was found that a mere 10 per cent of the families in the district had an access to a toilet. The gap between toilets’ demand and supply was massive. We thought of bridging it by making the whole journey emotional and personal. Thus idea of shramdan was initiated aiming at a mass behavioral change.

Build-Up To The Swachh Journey

Massive awareness campaigns were launched to sensitise people about the need of having a toilet at home. All the district officials, teachers, Self-Help Groups (SHG) and non-governmental organisations were trained to dig a leach pit, “Constructing a leach pit makes the toilet construction process easier. A leach pit doesn’t require sewage pipe connection as it soaks the waste water on the spot. By adopting for this type of toilet, we avoided the pain transporting all the raw materials in a difficult terrain like ours,” says the DC. 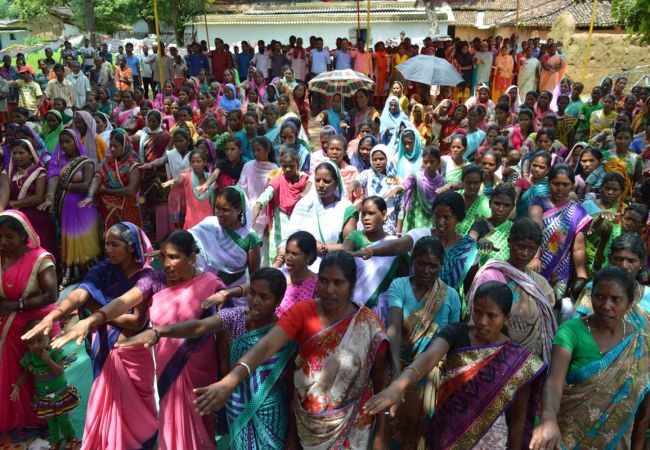 71 per cent of the district’s population is tribal and tribals love sports. Taking advantage of this, the district administration organised football matches in all its panchayats for both, men and women.

Instead of giving away a trophy to the winning team, we gave out goats. This attracted people in huge numbers and that’s when we announced the Gaddha Khodo Abhiyan. At the end of the match, pamphlets were distributed which mentioned steps of making a leach pit, adds Mr Bhajantri.

On August 20, the GAK began in all eight blocks of the district. To show people no contribution in Swachh Bharat Abhiyan can be small, the DC set an example during the inauguration of the campaign. He took part in the exercise and dug a toilet pit Thetaitanger block. Similarly, local officers in other 8 blocks took part in the campaign. 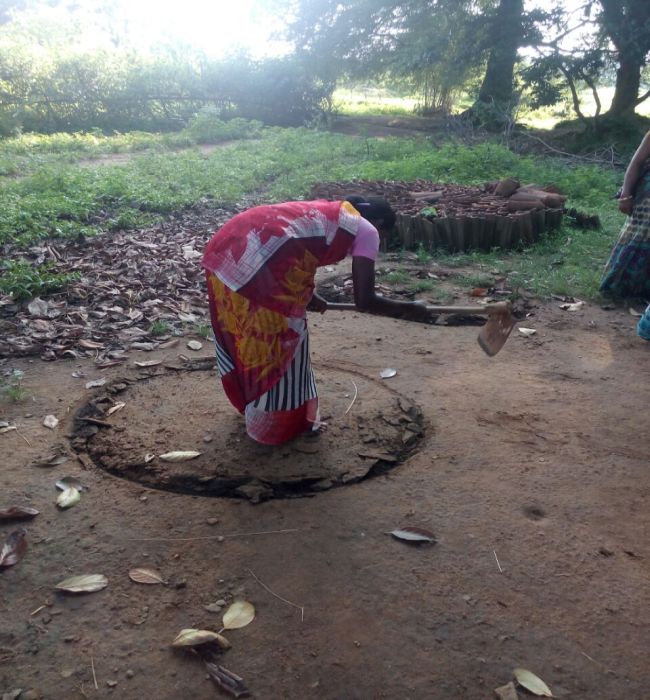 It was very crucial for the administration to get a positive response from the people as the overall target was to dig around 65,000 leach pits within a month. From having authentic foods stalls, folk dances and music, the initiative was celebrated like a ‘Mela’ on day one. A calling station was placed in the prime location of the district where all queries regarding the pit exercise were answered.

As anticipated, people did come out in large numbers to participate. By end of the day 4,375 pits (3 ft depth and 4 ft diameter) were dug across the district and it took only three days for the figure to double. 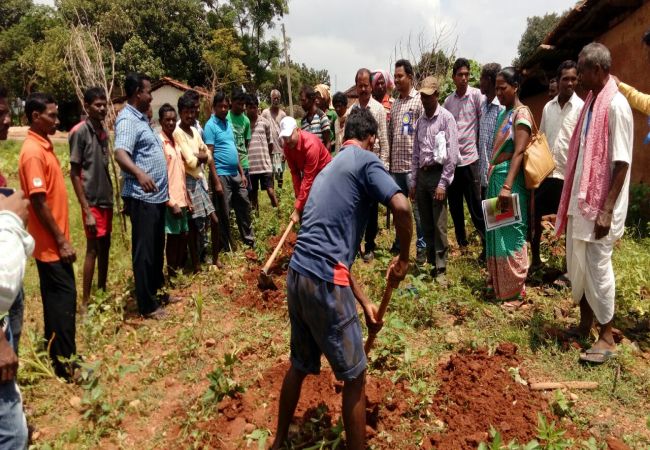 The result on the first day was phenomenal. Historically speaking, the villagers have been going to fields and defecating in open since ages. So convincing them to build a toilet inside their house was challenging. It was only after we gave them three options – construct toilet inside the house, next to the house or close to their respective fields that people agreed to end open defecation.

Every villager, from children, women, to elderly, was now aware about the campaign. Besides, all the important practices to follow to maintain a healthy and sanitised life have thoroughly been imparted to every villager, adds the DC.

Thanks to a high level of awareness level and a desire to attain the ODF tag, the target was met within seven days. On August 27, all the houses without a toilet had a leach pit ready. Once all the pits were in place, the toilet construction process began. While some families preferred building toilet on their own, some families hired trained women from SHGs for the construction process. As per the present status, around 20,000 toilets have been built and the district aims to construct the remaining 45,000 toilets by March end and declare the district free from open defecation. The district administration will launch another initiative to build 10,000 toilets in 100 hours by end of January.

Commenting on the progress of the activity, Mr Bhajantri says, “We started the campaign with an average toilet construction of about 50 toilets per day which has now increased to 500 toilets per day.

Mysuru Vows To Restore Its Cleanest City Title In Swachh Survekshan 2018. Here’s What The City Is Doing

Jharkhand’s Open Defecation Free Mission Gets Off To A Good Start In 2018, Hazaribag To Join The List of ODF Districts In The State