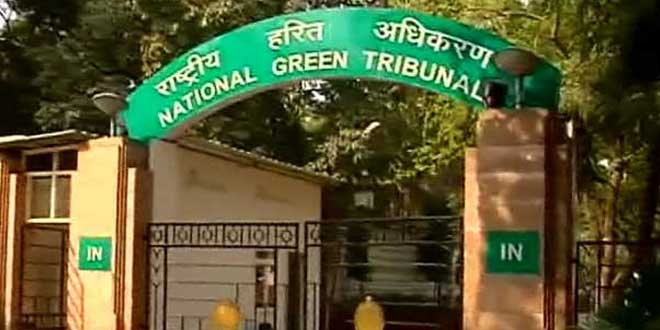 New Delhi: The National Green Tribunal (NGT) on November 10 directed the Delhi government and all public authorities to strictly implement its order banning construction activity in the wake of the alarming pollution levels in the capital. It also asked the neighbouring states to strictly prevent stubble burning, saying there were reports of large-scale residue burning from some parts. The green panel ordered that if any violation of its order was found at the construction sites by the inspecting teams in Delhi and the National Capital Region an environment compensation of ₹1 lakh would be levied for each such fault.

However, following a plea by the AAP government, the green panel allowed the industries engaged in essential services to operate in the Delhi-NCR on the condition that they would not pollute or cause emission.

With regard to crop residue burning, the tribunal asked the neighbouring states to strictly ensure there is no stubble burning and incentives are provided to farmers to encourage them to desist from such acts.

“It has been brought to our notice that in Karnal, Haryana, there are huge crop burning incidents taking place.

It said in case any such incident was brought to its notice and it is seen that the concerned departments have failed, the NGT will “impose exemplary cost that will be recovered from the salary of the concerned officials.”

Regarding AAP government’s plea to allow industries dealing with essential services, it said “it has been pointed out before us that some industries, which are non-polluting, are providing essential goods like food items or medical facilities”

These units “may be permitted to operate subject to reasonable conditions”, it said and directed that essential services like food and medical facilities could be allowed if the authorities find that their emissions are controlled and non-polluting.

The tribunal asked the officials to show which colony has been picked up for sprinkling of water and observed that treated water for Sewage Treatment Plants can be used for this purpose.