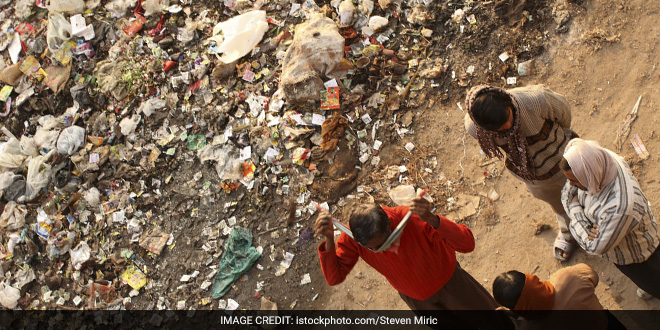 New Delhi: The National Green Tribunal (NGT) has directed the Haryana government and civic bodies in Palwal district to submit a time-bound action plan with regard to collection, segregation and disposal of solid waste generated in the city.  A bench headed by acting Chairperson Justice U D Salvi directed the Palwal Municipal Council to submit details including quantum of solid waste generated in the area.

“Action plan submitted by authorities fails to give clear cut timelines for achieving the goal step-wise. We, therefore, direct Haryana and Palwal Municipal Council to place before us the time bound action plan regarding collection, segregation, processing and disposal of solid waste generated within limits of Palwal Municipal Council in accordance with Solid Waste Management Rules, 2016,” the bench said.

The tribunal also sought time-bound action plan with regard to scientific disposal of existing waste lying at the site.

The NGT was hearing a plea filed by Palwal-based SND Public School against illegal dumping of municipal waste by the municipal council on common land in village Meghpur in the district which is marked for grazing.

The plea has sought immediate stay on dumping of waste and removal of dumped garbage from the common land in order to prevent pollution to the adjacent pond and ground water.

It is submitted that daily officials of the Respondent no 2 (Palwal Municipal Council) are digging the land upto 10-15 feet and dumping unsegregated garbage on the said land. 10-12 trolleys filled with garbage are brought to site and dumped on a daily basis. This digging poses a huge danger of de-stabilising high tension electric poles, the plea said.