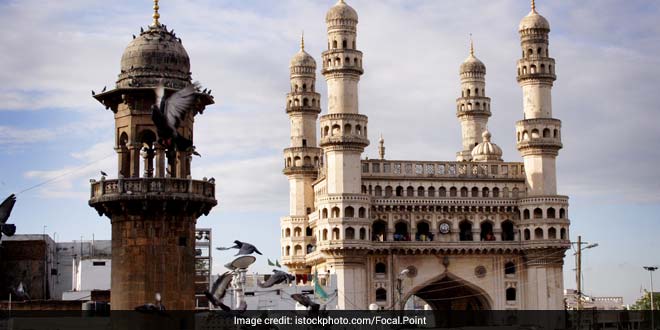 New Delhi: The Greater Hyderabad Municipal Corporation (GHMC) which was declared open defecation free (ODF) in August last year by the civic body has now got an official nod from the centre. The Swachh Bharat Mission team conducted series of inspections in various parts of the city between December 27 and December 28 and after thorough verification declared the city ODF. Congratulating the people of the city, Minister of IT, Municipal Administration and Urban development, KT Rama Rao adds, “Swachh Bharat Mission has declared Hyderabad as ODF city. My compliments to Mayor & his team. Good Job @CommissionrGHMC @bonthurammohan.”

Apart from Hyderabad, the team has also declared six other urban local bodies (ULBs) of the state — Warangal Municipal Corporation (GWMC), Miryalguda, Jangoan, Bellampally, Mancherial and Sadashivpet — as ODF. The certificates would be awarded to ULBs shortly.

According to the statement by the corporation, the city now has a total of 1,975 individual household latrines and 384 public and community toilets. In addition to this, 44 community toilets are under construction and tenders have been called for 25 more. Twenty-five She e-Toilets too are also under progress. She-e-toilet, is a smart women only toilet with facilities like have a western style toilet, a wash basin, a napkin-vending and incinerator unit and a voting machine.

Besides this, the GHMC has also convinced about 295 fuel stations and 390 hotels and restaurant owners to let general public use toilets in their premises.

Achieving the ODF tag was not easy, now we will attempt to achieve the first place in the Swachh Survekshan 2018.

Apart from constructing toilets, the civic body is also taking various unique initiatives within the city in order to rank higher in this Survekshan. The civic body has planned to levy spot fines on defaulters who defecate or urinate in the open and litter. Currently, the GHMC workers are working on to finalise the penalty rates.

In Telangana, till date, a total of 36 urban local bodies have been declared as ODF and the target for the state to achieve ODF status is set for April 2018.