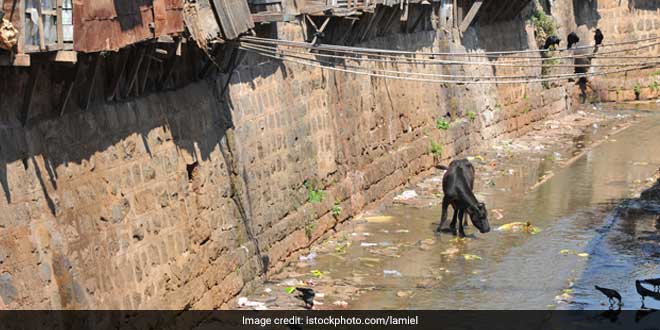 New Delhi: The National Green Tribunal (NGT) has ordered closure of 19 tanneries for discharging pollutants including heavy metals into drains in Punjab‘s Jalandhar district which was resulting in serious environmental hazards. A bench headed by former Chairperson Justice Swatanter Kumar constituted a high powered committee to inspect 61 industries and directed it to prepare a complete and comprehensive report on tanneries. It will have a report on source of water of these tanneries, consumption of water, whether any flow meters to the conveyor belts have been fixed and if they have permission from Central Ground Water Authority.

We direct that the 19 industries which according to the Punjab Pollution Control Board, are non-compliant and are polluting and they have been found to be violating various parameters they are directed to be closed forthwith.

They would not be permitted to carry their manufacturing or any other tannery activity unless they submit appropriate application for obtaining the consent of the Board, the bench said.

The high powered committee would comprise Member Secretary of state pollution control board, senior most environmental engineer, nominated by the chairman of the Central Pollution Control Board, representative not below the rank of scientist from Environment Ministry and others.

This committee shall personally inspect all the 61 industries, prepare a complete and comprehensive report stating inter-alia source of water, consumption of water, whether any flow meters to the conveyor belts have been fixed or not, whether unit has permission from Central Ground Water Authority or not.

“The number of tanning hides that are processed by the industry, whether the unit is providing primary treatment and it has its own chromium recovery plant. If the chromium is recovered, how it is utilised, mode of management and disposal of sludge and ultimate point of discharge,” the bench said.

The direction came on a plea filed by local residents Darshan Singh and others, residing in village Chamiyara, alleging that tanneries in Jalandhar district were discharging untreated effluent containing various pollutants like heavy metals into the drains which joins river Satluj.

The plea claimed that numerous complaints were made to the pollution control board but no appropriate action was being taken against the industries.