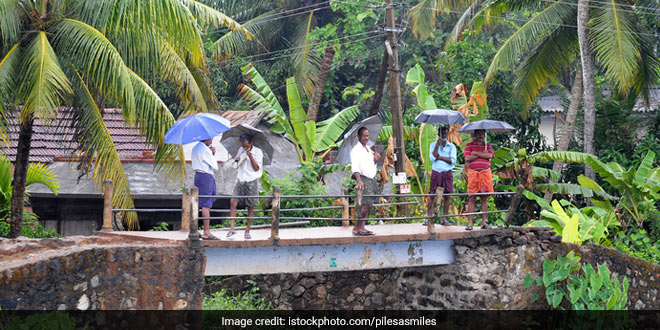 New Delhi: The National Green Tribunal has slammed the Kerala government for failing to take “meaningful action” on solid waste management, and summoned the urban development secretary with the progress report on February 28, the next date of hearing. A bench headed by NGT Chairperson Justice Adarsh Kumar Goel said there was no proper segregation of waste and there was a huge gap in waste collection and transfer for processing. The counsel for the Kerala government told the tribunal that sanction has been given for a waste-to-energy plant in Kochi, to be constructed in 18 months, and approval for bio-methanation plants for which suitable land is to be identified.

There is hardly any tangible action that may show a lack of concern for the environment and the health of the inhabitants and the rule of law. Since even land has not yet been identified, a sanction is meaningless. Action could have started on the site of waste itself so that there could be simultaneous remediation of the legacy waste. The period of almost one year has already been gone without meaningful action. In view of the above, the State of Kerala and its authorities have to take meaningful action in the above terms, the bench said.

“In view of the unsatisfactory state of affairs noticed above, let the secretary, urban development, Kerala, remain present in person on the next date with tangible progress failing which this tribunal may be left with no other option except to take stringent measures for the enforcement of the law as per the provisions of the NGT Act, 2010,” the tribunal said.

Earlier, a report was received from Justice A V Ramakrishna Pillai, former judge of the Kerala High Court, that unscientific dumping of waste in violation of Solid Waste Management Rules, 2016, causing huge pollution, was taking place at Bharampuram solid waste processing plant on the outskirts of Kochi city and a fire broke out there. The tribunal’s direction came while hearing a case seeking direction to take effective steps for infrastructure development for collection, storage, segregation and disposal of municipal solid waste in the state.