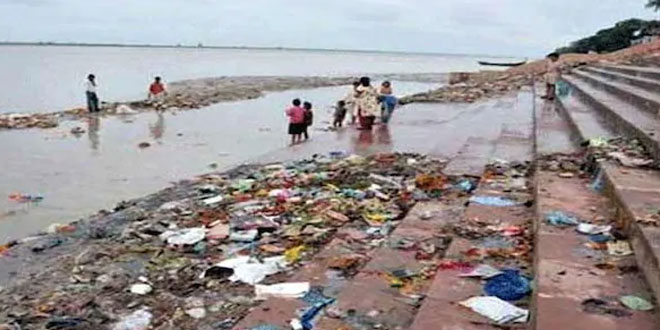 Lucknow: The state government in Uttar Pradesh (UP) has issued a fresh order, banning the use of polythene and single-use plastic in 26 districts, which fall in the route of the five-day Ganga Yatra. The state urban development department has issued a directive to 21 local bodies in 26 districts which will include three municipal corporations, 12 nagar palika parishad and six nagar panchayats. The notification issued by the principal secretary, urban development, Manoj Kumar Singh directs all local bodies to ensure the ban on the use of plastics. Directives have been issued to ensure a strict enforcement of the ban on single-use plastics. According to Manoj Kumar Singh,

The idea is to ensure that no plastic flows into the Ganga during the Yatra.

Another senior official, when asked about the need to issue fresh orders for a ban on plastic when the ban is already in force since the past one year, said,

We are going to strictly enforce the ban in the districts that are on the Ganga Yatra route so that no one throws plastic or polythene into the river.

The Yogi government had issued a notification in July 2018 banning the use of polythene with thickness less than 50 microns.

The urban development department has also directed local bodies to be made open defecation free (ODF) during the course of Yatra which would cover 205 km every day.

Local bodies have also been directed to put in place permanent/temporary measures to stop the discharge of sewage and drain water into the Ganga. The Ganga Yatra, which began on Monday, will culminate in Kanpur on January 31.