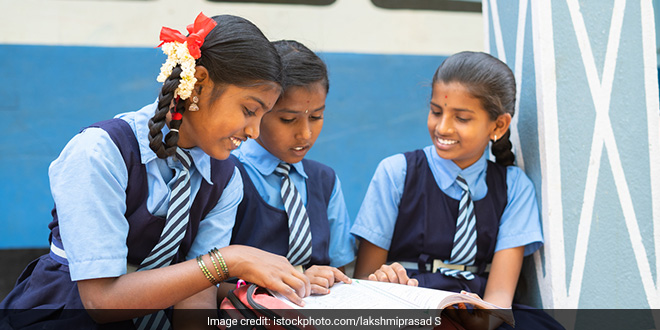 New Delhi: Setting up of a mental health advisory panel, school based mental health programme and pedagogical support to ensure mental well- being of students and engaging parents are among the guidelines issued by NCERT for schoor ls. The guidelines for “Early identification and intervention for mental health problems in school going children and adolescents” have been released by the National Council of Educational Research and Training (NCERT) following a mental health survey among school children.

Schools generally are seen as spaces where communities of learners have been expected to develop in a safe and secure environment. School management, principal, teachers, other staff, and students all spend around 1/3 of a day and around 220 days in a year in schools across the states and UTs in India. For residential schools, the time spent by a student in the school community is even more. Therefore, it is the school’s responsibility to ensure the safety, security, health, and well-being of all children in schools and hostels, the guidelines read.

According to the manual, every school or groups of schools should establish a mental health advisory panel.

It should be chaired by the principal and have teachers, parents, students and alumni as members. It will create awareness, and also plan and enforce an age and gender appropriate annual school mental health programme. The schools should have a provision for identifying behaviour, substance use and self-harm, depression, and developmental concerns, provide first aid and make appropriate referrals, it said.

Noting that most of the time mental health issues emerge at an early stage of life as half of all mental health conditions emerge by the time individuals are 14 years old and three-quarters by the age of 25, NCERT has recommended that apart from families and parents, teachers need to be informed about early flag signs as they too are the primary caregivers.

Teachers must be trained in identifying early signs in students for attachment issues, separation anxiety, school refusal, communication issues, anxiety patterns, depressive states, conduct related issues, excessive internet use, hyperactivity, intellectual disability, and learning disabilities, it said. Teachers should talk about bullying cases in class and empower students by educating them regarding bullying. They should provide a confidential way for students to report any incident which is of concern to them, the manual said.

In Rajasthan, Adolescents Are Getting Out-Of-School Lessons On Comprehensive Sexuality Education