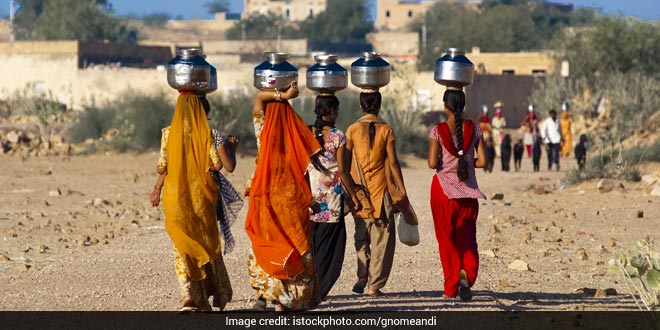 New Delhi: In her 60 years of existence Tetri Devi from Bihar’s Gaya, developed two skills – shamelessness and self-control. Shameless, as after travelling 7 kilometres every morning to relieve herself, she couldn’t care less if someone spotted her defecating in the open. Self-control, because it is not possible to make the 7 kilometre trek every time she had the urge to relieve herself, so she had to hold back and wait for it to get dark, be it before sunrise or after sunset.

Gradually down the years, Tetri Devi realised the importance of having a toilet at home when her daughter-in-law started insisting on having one at home.Then came the turning point, when Tetri Devi decided enough is enough.

It is a shame for a woman to defecate in the open and a toilet in every home is a must. I knew this reality, but, couldn’t afford it, says Tetri Devi.

My daughter-in-law is a Class 10 pass out. She is fully aware of a toilet’s importance in one’s house. Time and again, she kept telling us to construct a toilet. But we either ignored her or cited the shortage of money for its construction. Recently, she offered to sell her jewellery to raise money to construct the toilet. But, I refused her offer and decided to sell my cow instead.

The decision to sell her cow was not an easy one. Especially since the family relied on it for their livelihood. But once her mind was made up there was no looking back.

I strongly felt that constructing a toilet is more important than providing milk to my ailing husband or getting the livelihood, added Tetri Devi.

Tetri Devi also asked for help from the government, but she adds it was impossible to get the government funds before-hand without constructing a toilet and that’s when she decided to sell the cow for Rs 14,000.

Appreciating Tetri’s bold decision and determination to build a toilet, Block Development Officer Parnav Kumar Giri said that she is an example and an inspiration to others in Bihar and the district. He adds,

“We will felicitate her at a function for her unique effort soon.”

The officer also said that they will make a special recommendation for Tetri Devi to the government and will try to pay her the toilet subsidy amount on priority.

Earlier this month, during the mega celebrations of #ChaloChamparan campaign, Chief Minister Nitish Kumar, said that the state is working towards going open defecation free. He adds,

Swachh Bharat Abhiyan is a necessity; it will accelerate the country towards progress. In Bihar, apart from ensuring everyone is getting a toilet at home, we are committed to providing access to tap water in every individual’s household. Everyone should be a part of this Abhiyan and make India fulfill its dream.

Dreaming Big, One Step At A Time: This Swachh Warrior From Jharkhand Eradicates Open Defecation From His Village