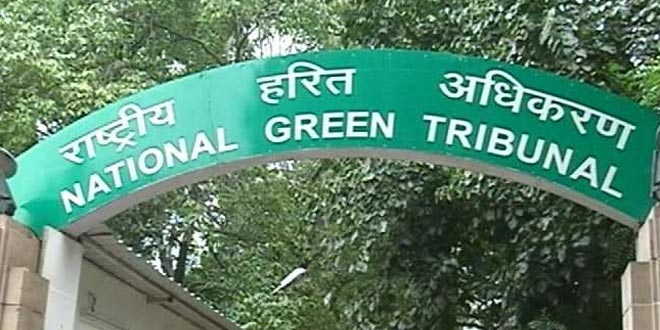 New Delhi: The National Green Tribunal today ordered closure and registration of cases against 124 industrial units which are polluting the Kali, Krishna and Hindon rivers in six districts of western Uttar Pradesh. Observing that people have a fundamental right to clean air and water, a bench headed by NGT Chairperson Justice Adarsh Kumar Goel directed the district magistrates of these six districts to submit an action plan for providing potable water to the villagers in a time bound manner.

The green panel directed the UP government to immediately seal all hand pumps which are discharging contaminated water and also sought an action plan to clean the Kali, Krishna and Hindon rivers. The tribunal asked the state government to devise health benefit schemes for persons suffering from ailments caused due to drinking polluted water. Advocate Gaurav Kumar Bansal, appearing for the petitioner NGO Doaba Paryavaran Samiti, said due to lackadaisical approach of the authorities, the children were forced to drink water contaminated with mercury and arsenic leading to serious health hazards like cancer.

The NGT has earlier ordered “intensive survey” of the Kali, Krishna and the Hindon river in western Uttar Pradesh and directed the inspection of 316 industries which are allegedly polluting the water bodies. The NGO, headed by C V Singh, had alleged that due to the consumption of contaminated groundwater more than 50 villagers have died of cancer in western UP. It was alleged by the petitioner that groundwater in Saharanpur, Muzaffarnagar, Shamli, Meerut, Bagpath and Ghaziabad districts was being polluted as a result of effluent being released underground by reverse boring by the industries.

Earlier, the UP Jal Nigam had faced the NGT’s ire for its failure to comply with a 2015 order directing it to seal all hand pumps which were releasing contaminated groundwater in six districts of the western part of the state. It had earlier directed the state government and its officials to provide potable drinking water to the villagers of the six districts through GPS-installed vehicles.