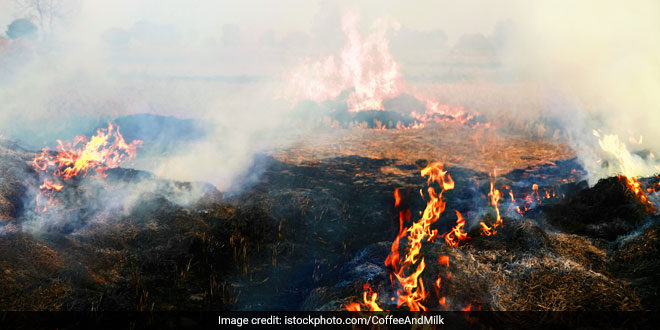 Patna: Bihar Chief Minister Nitish Kumar has voiced concern over reports of stubble burning in some districts of the state and called for urgent steps to check the practice. At a meeting in the Chief Minister’s Secretariat, where the agriculture scenario of the state was reviewed, he also highlighted the need for herding stray cattle to “gaushalas” as cow dung and urine were required for organic farming.

There have been reports that farmers in Patna and Nalanda districts have taken up the practice of burning crop stubble. This must be stopped at all costs and farmers should be made aware that this leads to pollution, Mr. Kumar said on Thursday.

Similar practice by farmers of Punjab and Haryana has had deleterious effects on the air quality in Delhi, Mr. Kumar said.

We must ensure proper upkeep of our gaushalas where stray cattle must be herded. Dung and urine of cows is of great use in organic farming which our government is promoting. The cattle reared at the gaushalas would come in handy as a source for milk as well as vermicompost, he added.

The chief minister also stressed on the need for giving a fillip to rearing of goats and chickens “which would go a long way in improving the economic well-being of the rural poor”.

He also gave instructions for installation of sewage treatment plants in towns located along the Ganga and ensuring that the treated effluents are not discharged into the river but used for irrigation. Besides, he directed that hand pumps be installed in villages after a thorough assessment of the ground water level.

#BeatPlasticPollution: Take ‘Plastic Upvaas’ And Bid Adieu To Any One Single-Use Plastic Item