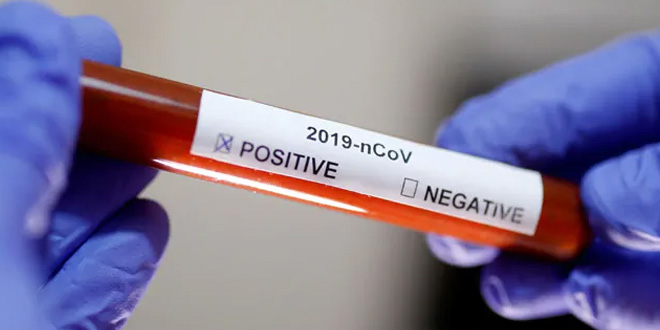 New Delhi: The first documented instance of coronavirus reinfection came from Hong Kong this week followed quickly by Belgium and the Netherlands reporting one case each, but there is no reason for alarm yet, say scientists, calming fears that a surge might be inevitable. As concerns mount that herd immunity may not be enough to curb the COVID-19 pandemic, scientists in India and elsewhere said more studies are needed for a reliable inference. Wide conclusions cannot be drawn about reinfection from individual cases, noted Belgian virologist Marc Van Ranst told PTI on the three cases reported this week.

Since we do not yet know how frequent reinfections are, it is difficult to say what these findings mean for the success of a vaccination campaign, Mr. Ranst, a clinical biologist at the academic hospital UZ Leuven in Belgium, told PTI, addressing worries that reinfection might also impact the vaccination programme.

As the number of COVID-19 cases across the globe crosses 24 million with more than 820,000 fatalities, reports of scientists from the University of Hong Kong documenting the world’s first case of human reinfection created a flutter.

On Wednesday, a study in the journal Clinical Infectious Diseases assessed the case of a “young and healthy” patient who was diagnosed with asymptomatic SARS-CoV-2 infection 142 days after recovering from the first episode. According to the researchers, the viral genomes analysed from the patient following the first and second episodes of infection belonged to two different strains or clades, indicating the patient caught a different variant of the virus after recovering from it the first time.

Following the report from Hong Kong – the case was reported in the media on Monday but the research paper was published on Wednesday — two similar reports emerged, one each from Belgium and the Netherlands. The scientists in the Hong Kong study said it may not be possible to curb the ongoing pandemic with herd immunity, which is when a significant section of the population has recovered and gained immunity against a disease.

Our results suggest SARS-CoV-2 may continue to circulate among the human populations despite herd immunity due to natural infection or vaccination, the scientists noted in the study, adding that further research is needed to shed more light on the implications of reinfection for vaccine design.

Also Read: Coronavirus Outbreak Explained: How To Care For A COVID-19 Patient Safely At Home?

Immunologist Satyajit Rath asserted that conclusions on the immune system working against the virus cannot be made from individual patient case studies.

We do not know anything about the interactions of immunity and reinfection in such patients. Especially since there appear to be only three such confirmed cases so far, Mr. Rath, from National Institute of Immunology (NII) in New Delhi, told PTI.

Every individual is immunologically different. This can be because of different inherent genetic reasons, or they could be on drugs that suppress the immune system, and the history of the individual cases makes a difference, Mr. Vishwakarma told PTI.

Commenting on the significance of the study for vaccine discovery, he said any vaccine, irrespective of the current findings, may not be completely protective against infection in all humans.

Vaccines are basically weakened forms of viruses, and we know already that there is no vaccine which is 100 per cent protective, and they may not have a similar effect on all people, Mr. Vishwakarma noted.

Similarly, natural immunity against the virus may also not be protective to the same extent and in the same way in all people.

Because the idea of a vaccine is to confer immunity to individuals via a complex web of protection with antibodies, and cells of the immune system, Mr. Vishwakarma said.

So, a person infected with the virus for the first time, or receiving a vaccine, may not have major protective function from antibodies but may have better immunity via the immune system’s T cells. However, this may not be the case with another individual.

A large number of people may not develop antibodies, and that doesn’t mean it is the only protection. Biologically, people may be same but immunologically everybody is different, the former IIIM director said.

According to Mr. Vishwakarma, the science behind the complexity of the immune system is still not very clear with several pieces of the puzzle remaining to be solved. What are the long-term health consequences of SARS-CoV-2 infection and what are the correlations of such consequences with the level of the initial illness, and/or with the nature and extent of co-morbidities, are just some questions to be addressed in future studies, according to Mr. Rath.

He said the long-term consequences of infection, with respect to antibodies as well as the cells of the immune system such as the memory B and T cell responses, are also unknown. According to the NII immunologist, the relationship between these immune responses with actual infection or disease protection remains to be discovered. Mr. Rath noted that scientists still do not completely understand what the correlations of these immune consequences are to the level of the initial illness.

There is no need to be alarmed, but we must not be complacent, Mr. Vishwakarma added.

Also Read: COVID-19 Explainer: What Is Far UV-C Light, And Can It Kill The Coronavirus On Surfaces?