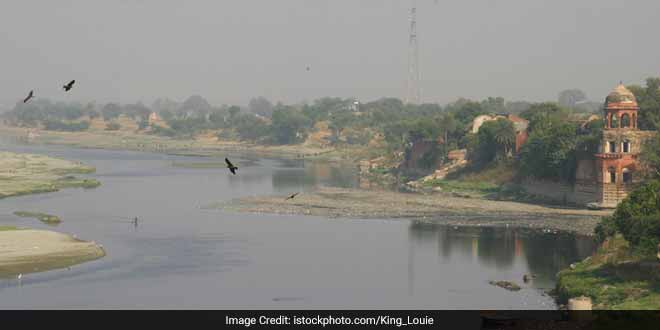 New Delhi: A PIL, instituted by the Supreme Court 23 years ago on its own after taking note of a newspaper report ‘And Quiet Flows Maili Yamuna‘, was today transferred to the National Green Tribunal (NGT) on the ground that there cannot be “parallel proceedings” on the same issue. A bench of Chief Justice J S Khehar and Justice D Y Chandrachud was apprised of recent orders passed by the NGT with regard to the steps to be taken to clean the Yamuna.

“Having heard the counsel for rival parties and having perused the orders passed by the National Green Tribunal, we are of the view that there cannot be parallel jurisdictions to deal with the same issue,” it said.

The apex court expressed satisfaction on the orders passed by the green panel on cleaning of the river and said the current matter also fell under the NGT’s jurisdiction.

The court, however, said if NGT was confronted with any constitutional or legal issue which it cannot deal with then Solicitor General Ranjit Kumar, who is assisting the court as an amicus curiae, can file an application before it.

In case the amicus curiae file any interim application, the registry is directed to precede it before the court at the earliest, it said.

During the hearing, the apex court perused reports filed by the Delhi Jal Board (DJB) on the current status of construction of the Interceptor Sewer Project meant “to collect waste water flowing in three major drains, Najafgarh Drain, Supplementary Drain and Shahadra Drain.

The DJB’s report also dealt with the functional and under-construction sewage plants on additional 18 drains carrying waste water into Yamuna.

The court took strong note of the contents of reports and said, “no time-line has been indicated as to by which time you (DJB) would complete them (water treatment plants). Primarily, you are saying you do not have the money”.

The amicus curiae said, the sum and substance is Yamuna is still ‘maili’ despite the fact that thousands of crore of rupees have been spent on it.

Forget what has gone by. Let us see what can be done now. There is nothing in the report. It is just history, the bench said.

The bench, on being apprised of the NGT being seized of similar matters, said, “We do not want to sit in parallel jurisdiction. There may be some constitutional issues which NGT cannot handle and they can be brought before us”.

Earlier, the court had asked DJB to file reports giving details of functional and under-construction sewage plants for curbing release of untreated waste in Yamuna in the national capital.

The apex court had in 1994 taken suo motu (on its own) cognizance of a newspaper report ‘And Quiet Flows Maili Yamuna’ and initiated proceedings regarding its cleansing.

In 2012, it had expressed concern over the zero result achieved in nearly two decades while saying that over Rs 1,000 crore had been spent but the river was dirtier than before.

It had also asked the then Union urban development secretary and chief secretaries of Delhi, Uttar Pradesh and Haryana to file personal affidavits detailing the money spent under Phase I & II of Yamuna Action Plan (YAP).

Unfortunately, a huge amount has been spent without achieving any perceptible change in the water quality, the apex court had said.

The governments must make a joint effort to stop discharge of industrial and domestic waste into the river directly. It is sad everyone is shifting responsibility, the court had said.

Also Read: Why Untreated Sewage Continues To Be Dumped Into The Yamuna

Can Caterpillars Save The World From Plastic Pollution Crisis?