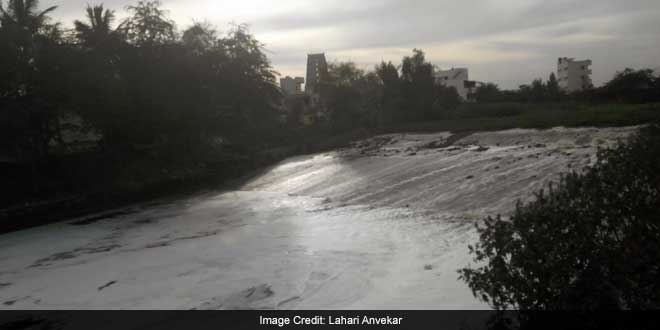 Bengaluru: The Bangalore Development Authority (BDA) has started to remove weeds from the Bellandur lake here under its drive to clean up the water body as ordered by the National Green Tribunal, said an official on Monday.

“We have started removing the weeds from the lake to clean it in compliance with the Tribunal order though the operation would take a couple of months,” BDA Engineer Member P.N. Nayak told reporters here.

The BDA has entrusted the exercise to a private contractor at a cost of Rs 3.35 crore and gave three months to complete the task though the Tribunal on April 19 ordered the Karnataka government to clean the lake of industrial pollutants, untreated water and solid waste in four weeks.

The green watchdog also directed agencies to submit an action plan for cleaning the lake in two weeks.

Besides the BDA, the Bruhat Bengaluru Mahanagara Palike (BBMP), the Karnataka Lake Conservation and Development Authority (KLCDA), the Bengaluru Water Supply and Sewerage Board (BWSSB), the Karnataka State Pollution Control Board (KSPCB) and the Urban Development Department are responsible for the upkeep of lakes and state-owned lands in the city.

The bench added that no waste of any kind, either municipal solid or domestic should be dumped at the buffer zone of the lake.

As the largest of the 262 lakes and tanks across the city, the water body receives about 40 per cent of the city’s sewage.