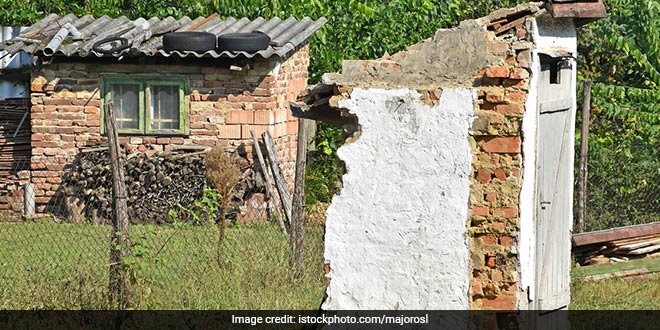 Mumbai: In a bid to take the process of toilet construction seriously, the district administration of Kishtwar has decided to take the lead and first get their own house in order. The government employees of this district of Jammu and Kashmir, who do not have a toilet at home will not be paid salaries. The decision to not release the salaries was taken after an assistant commissioner highlighted the sorry state of individual toilet constructions in the district. Under the ‘Sauchalay Banao Aur Salary Pao’ (Build Toilet and Get Paid) initiative, whooping 643 odd employees residing in Padder valley, will not receive salary in the month of April.

I was stunned to find out the high number of government employee names in the list of people without toilets at home. How will people take the toilet construction process seriously if the people representing the government are not? This stern action will send out a strong message of importance of the cleanliness mission across the district, said Angreez Singh Rana, District Development Commissioner of Kishtwar administration.

Mr Rana passed the order on April 22 on receipt of a report submitted by Anil Kumar Chandail, assistant commissioner development, regarding non-availability of toilets in the houses of 616 state employees of Padder block.

Salaries of 616 employees in Paddar sub division and of 27 employees in Nagsceni block were blocked after they failed to comply with the notice issued to them in the beginning of April. The notice had warned the employees to initiate the toilet building process failing which their salaries will be blocked. Majority of these employees include numberdars (policing authority of the village), chowkidars (watchman), from the education and police department.

Of the total toilet construction target of 45,000 toilets set in 2014, the administration has managed to build around 27,000 toilets.

As for the overall progress of the state to become open defecation free (ODF), Jammu and Kashmir has achieved a target of 71.95 per cent with respect to construction of the Individual Household Latrines. The toilets constructed, have been verified by the Quality Council Of India and have also been geo-tagged on Google Maps. So far districts including Leh, Kargil Shopian and Srinagar have been declared ODF.

The state government has moved ahead the target of declaring the whole state ODF to December 2018 as opposed to the earlier target of 2019. The government hopes to achieve 100 per cent toilet coverage before the actual target of October 2, 2019.