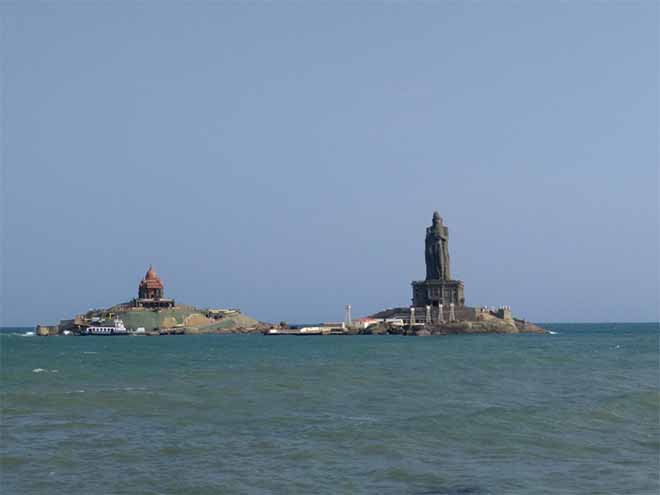 The beauty of Indian peninsular’s southern tip needs no re-introduction, as Kanyakumari’s lush hills, rich paddy fields and majestic sea beaches have attracted people from all over the world for years. The scenic beauty of this Tamil Nadu coastal town is complimented by its clean surroundings, systematic removal of garbage and abundance of household and public toilets. The performance of Tamil Nadu in the Swachh Bharat Abhiyan has been satisfactory, and Kanyakumari was the first district in the state to receive the open defecation free (ODF) status in February 2017 with all of its 2,26,544 households having toilets. But the people of Kanyakumari and the district officials have already begun working towards to secure another recognition, that of the district becoming ODF plus.

While toilet building and eradication of open defecation remain the principal agenda of the Swachh Bharat Abhiyan, the mission has also laid stress on the importance of solid and liquid waste management, improvement of sewage systems and adequate water supply due to their direct linkage with sanitation. ODF plus refers to total sanitation, in terms of toilets built as well as the adequacy of the other factors.

When Kanyakumari was declared open defecation free in February this year, it was big victory for us. All the 95 gram panchayats in the district are ODF and compared to 82 per cent people using household toilets last year, the number has gone up to 100 per cent. Since the district has already achieved the ODF target, we decided to work on the other related aspects of sanitation, said Dr. S. Suresh, Project Director, District Rural Development Agency.

The district of Kanyakumari is divided into 9 blocks and the first step taken by the administration was to set up a solid waste management (SWM) park in each of these districts. The administration identified land that was previously encroached upon by private organisations. In December 2015, the administration approached the district court which re-allocated the land back to the gram panchayats. Since mid-2016, the administration has worked towards setting up the parks in the district. The infrastructure development of the parks was an initiative taken under the Mahatma Gandhi National Rural Employment Guarantee Act (MNREGA) and over 80 people were employed for a period of eight months in the building, renovation and restructuring of these parks.

The SWM parks were equipped with composting pits for bio-degradable waste to be composted, artificial ponds for water supply and adequate space for growing plants and vegetables. Under the MGNREGA, 120 sanitation workers were hired for the SWM parks and were given the responsibility of collecting and transporting garbage from the adjoining areas of each park. The district administration also spread word about the park through posters and leaflets and asked people to deposit waste in the park instead of dumping them on the road or elsewhere.

The sanitation workers segregate the waste collected on a day-to-day basis. The bio-degradable waste, comprising food waste and leaves is sent to the composting pits where the waste is turned into compost within 45 days. The non-bio-degradable waste, such as plastic, glass bottles, leather and paper is sent for shredding. Shredded plastic can be put to good use in the construction of roads. As for liquid waste, the parks have a unique drainage system, which is put to use to direct the flow of the liquid waste towards the trees in the park and in the neighbouring households.

The SWM parks are managed entirely by the district panchayats. The panchayats are also in charge of selling the compost to farmers in neighbouring areas at Rs. 8 per kg. The money collected is donated to the panchayat welfare fund

The district administration plans a complete revamp of Kanyakumari’s sewage systems which would directly lead the sewage to the STP. The sewage would be adequately treated before it is turned into reusable waste. Adjoining districts of Tirunelveli and Tuticorin can also utilise the proposed treatment plants for waste treatment and recycling.

Our ODF plus mission involves a larger plan of sewage treatment and waste management. We are looking at a comprehensive plan of sewage treatment, reusable wastewater and production of manure via composting. We can also empower the panchayats economically by producing more manure for sale and help farmers by providing them with treated wastewater for irrigation, said Sajjan Singh Chavan, District Collector, Kanyakumari.

Kanyakumari’s approach towards achieving an ODF plus status sets an example worth following for other districts across the country. The district administration has not rested just with an ODF tag. Instead, they have followed it up with a highly effective waste management system and their planned restructuring of the district’s sewage system will ensure that the usage of toilets does not become a burden for the district.

Why The Road Ahead For Swachh Bharat Mission Is A Tough One For Urban India?