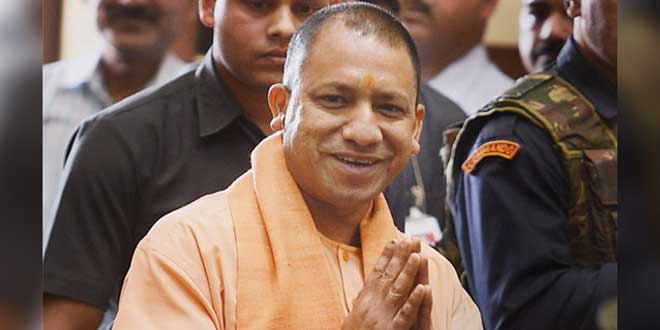 Allahabad: Uttar Pradesh Chief Minister Yogi Adityanath on June 3 said his government was making efforts to ensure no pollutants enter the river Ganga from any corner of the state and that work will be complete in this regard by October next year, well ahead of the Ardh Kumbh congregation.

“During Kumbh, held every 12 years and Ardh Kumbh – organized every six years – up to 15 million pilgrims have been visiting the city for a holy dip in the Sangam over a month-long period. The footfall witnessed on such occasions is greater than the populations of many countries in the world,” Chief Minister Yogi said in a brief address at the confluence of Ganga, Yamuna and mythical river Saraswati here.

He made the observations in the light of the fact that the next Ardh Kumbh here is scheduled to be held in 2019 for which preparations have to be complete by the end of next year.

The honorable Prime Minister has allocated a sum of Rs 20,000 crore to make Ganga, which flows across a number of states, pollution-free. We are putting such a system in place so that pollutants do not enter the river from anywhere, right from the point where the Ganga enters UP to Ballia (eastern-most district, bordering Bihar),” he said. “By October, 2018, waste disposal into the river will come to a full stop. Smaller problems like people living in the vicinity throwing rubbish into the holy river can be checked within a few days, Chief Minister Yogi said.

The Chief Minister, was joined by his Deputy Keshav Prasad Maurya, cabinet colleagues Rita Bahuguna Joshi and Nand Gopal Gupta “Nandi”, spoke after taking part in “Ganga Arti” which was preceded by a visit to the famous Hanuman temple situated close to the Sangam.

Tomorrow is Ganga Dussehra, the day on which the holy river had descended on earth from the heavens. Let us, on this day pledge that we will not commit any act that increases pollution in the river. Bathers must give up using soap while taking a holy dip. Offerings should be made into “kunds” (vessels) so that these do not get discharged into the river, Chief Minister Yogi said.

India Gears Up For The World Environment Day 2017, Launches Waste Segregation Campaign. Here’s All You Need To Know