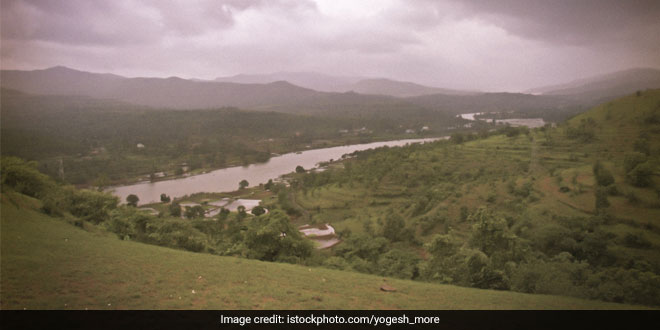 New Delhi: To protect its dying rivers– Mula and Mutha, Pune Municipal Corporation as a part of India River Day celebrations on November 28, decided to dedicate one day a week for an entire year for various cleaning initiatives that will help clean-up the riverbeds of these rivers. On November 25, the first clean-up project was kick-started at the Sidheshwar ghat on Mutha river, where Mayor Mukta Tilak along with Pune Municipal Corporation officials took part in a clean-up drive. Speaking to NDTV, about this initiative, Mayor Mukta Tilak said,

We wanted to do something to protect two of Pune’s main rivers – Mula and Mutha. As a part of India River Day, which is celebrated on November 28, we decided to kick-start the initiative of cleaning-up these rivers from November 25. Through the cleaning initiative, we plan to tackle various parameters such as the clean-up of riverbeds to get rivers flowing naturally, secondly, to educate Puneites to stop throwing the waste in these rivers and actually start taking care of them and lastly to make these rivers sewage-free and toxin-free.

Mayor Mukta Tilak also added that in Pune there are around 35 bridges over these two main rivers from where most of the garbage is thrown by the people, as a result, the civic body has decided to target these areas and start fining people. She adds,

We will have a team of volunteers who will help us educate and make people aware of why it is necessary to stop throwing waste in the rivers. Along with the education and awareness drives, we will also start charging fines from people who will be caught violating the rules of not throwing garbage in the river. We think, simply by cleaning the rivers one day a week will not solve the purpose, people of Pune should know why they need to protect these rivers.

As many as 20 Non-Profit Organisations have been roped in for this initiative, Ms Tilak said to clean-up the rivers of Pune, the authorities have started a 9-crore river development project along with the plan to set up 11 waste treatment plants that will help stop the sewerage to flow into these rivers.

She signs off by saying,

Also Read: Puneites Beware! If Caught Spitting, Be Ready To Clean The Spit And Pay Fine

The Current Status Of Mula-Mutha Rivers In Pune

Mula-Mutha is considered to be the most polluted rivers in Maharashtra, according to the environment status report (ESR) 2017-2018, recently published by the Pune municipal corporation, in these rivers a consistent rise in levels of chemical oxygen demand (COD) and biochemical oxygen demand (BOD) has been recorded in the last year. A recent research has also found that high level of contamination of water from untreated sewage and industrial wastes has led to the growth of antibiotic-resistant bacteria in the river water, which means the Mula and Mutha are on their way to becoming a health hazard.

One-Fourth Of The Vehicles To Be Electric In Delhi By 2023, Government Sets Target To Combat Air Pollution