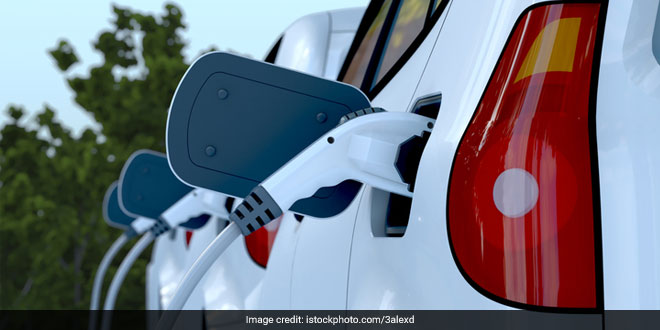 Mumbai: With a thick smog engulfing India’s national capital since the beginning of this week and health experts issued several warnings to take precautions against air pollution and called for urgent steps to be taken to avoid prolonged exposure to degraded air quality. Amidst the deteriorating air quality, the state government on Tuesday released its draft ‘Electric Vehicle Policy 2018’, which sets a target for e-vehicles to be 25 per cent of the vehicles registered by 2023.

The new move aims at encouraging the potential vehicle owners to opt for less-polluting or Electric Vehicles (EV) to reduce vehicular pollution in the city. State Transport minister, Kailash Gahlot made an official announcement of a comprehensive Delhi Electric Vehicle Policy draft and said,

About 30 per cent of the particulate pollution in winter is caused by vehicles. Rapid adoption of zero-emission electric vehicles is therefore of great importance to Delhi. Recognising the need for a new approach to kick-start electric vehicle adoption, we have drafted a comprehensive Delhi Electric Vehicle Policy with an aim to make Delhi a leader in adoption of electric vehicles. We believe that going electric and breathing better are two sides of the same coin.

The minister further said this policy has planned to create a significant corpus of funds to incentivise every vehicle segment. These incentives will be over and above to the incentive offered by the Government of India as part of the Scheme for Faster Adoption and Manufacturing of (Hybrid &) Electric Vehicles (FAME) in India. The scheme, which was launched in 2015, incentivises sales and manufacturing of electric vehicles in the country. It offers subsidies to all categories of electric vehicles including two-wheelers, three-wheelers, as well as four-wheelers including taxis, as well as electric buses.

The e-vehicle plan will strengthen the infrastructure by providing battery charging and swapping stations every 3 kilometres across Delhi. The policy will also seek to promote large scale job creation in driving, selling, financing, servicing and charging of electric vehicles, the minister said.

A large number of new jobs can be created due to increasing EV adoption – e.g., e-auto and e-cab drivers, charging station operators and EV service mechanics. Delhi has the opportunity to become a hub for the provision of training related to jobs in the EV eco-system, Mr Gahlot said.

Features And Benefits: All You Need To Know About E-Vehicle Policy

From electric two wheelers, buses, rickshaws to cars, the government has identified benefits and incentives that passengers and vehicle-owners can get on commuting by e-vehicles.

Considering that the biggest chunk of the registered vehicles — 66.48 lakh (66,48,730) — in the city is are two wheelers, motorcycles and scooters, which are known as the major air polluters due to poor emission standards, the government will provide subsidy of up to ₹22,000 on purchase of e-two wheelers, to ensure their cost is less than or equal to petrol variants of two wheelers. While a subsidy will be given on purchasing electric two-wheelers, owners will get a scrapping and de-registration incentive of up to ₹15,000 per vehicle for scrapping two wheelers that are Bharat Stage (BS) II and BS III two-wheelers.

Meanwhile, individual e-auto owners will get down payment subsidy of up to ₹12,500 and passengers using e-autos will get cashback of up to ₹10 per trip. Financial support will also be given to owners of rickshaws with lead acid batteries to help them make a shift to eco-friendly swappable batteries. E-cabs will get full waiver on registration fees and road tax and cashback of up to ₹10 per trip will be available for passengers using e-cabs.

On e-buses, a Delhi government statement said that at least 50 per cent of all new buses procured for the city fleet, starting with the induction of 1,000 electric buses in 2019, would be completely electric.

Moreover, the policy said: “All taxes and fees (road tax, registration fees and one-time parking fee at MCD) will be waived for all electric vehicles.”

Battery charging and swapping stations will be setup across Delhi with private sector participation at existing public parking zones, bus depots and terminals, metro stations etc. As for the private charging stations, the government will give 100 per cent subsidy on installation of charging point up to ₹30,000 per charging point for the first 10,000 points in residential or non- residential buildings.

Taking a note on the number of e-vehicle batteries to be discarded in future, the government said a nodal agency will act as an aggregator for purchase and resale of old, reusable batteries. No direct disposal will be allowed. Electric Vehicle batteries that cannot be re-used, either because of poor condition of the battery or lack of demand for reuse, will be sent to recycling facilities. At these recycling facilities, high value battery materials will be recovered and then sold to battery manufacturers for re-use.

Automobile emissions are the second largest sources of contribution of particulate matter (PM) 2.5 and 10 in Delhi during winters. A 2016 study on Delhi’s Air Pollution sources by the Indian Institute of Technology, Kanpur pointed out how diesel emissions from vehicles contributed significantly in polluting Delhi’s air and electric vehicles are a plausible solution to this.

Talking to NDTV about the link between electric vehicles and air pollution, Anumita Roychowdhury, Executive Director, Centre for Science and Environment says,

40 per cent of Delhi’s air pollution is contributed by the vehicles. Among all the vehicles, public transport and two-wheelers need to be replaced on priority. By having 25 per cent vehicle registrations electric in the coming years, a significant improvement in air quality is possible.

If we are promoting electric mobility, we need to have a clear mandate on the policy. It must have a set target and only then the market will respond. Implementation strategy needs to be effective and for the electric vehicle policy to work infrastructure must be ready at the earliest.

Sarath Guttikunda of Urban Emissions, a research think tank working on urban air pollution also believes that without proper implementation, bringing e-vehicles on the roads of Delhi is not an easy task, “Electric Vehicle implementation must be systematic without unrealistic goals or deadlines. There should be step by step implementation of replacing existing vehicles with EVs, starting with public buses, commercial vehicles and lastly, private cars and two wheelers.”

As per a policy draft on e-vehicles by NITI Aayog, India can save about 64 per cent of the energy demand for road transport and 37 per cent carbon emissions by 2030 if it were to take electrification of the fleet seriously starting now. Also, the country has the possibility of saving up to 60 billion dollars in diesel and petrol costs by 2030.