Thank You Donors
Coronavirus Outbreak
Home
Features
Over 3,300 People With Disabilities Set A Record In Uttar Pradesh’s Moradabad District For A Swachh Cause

Mumbai: For a 45-year-old Nagma from Uttar Pradesh’s Moradabad district, covering a distance of 150 metres every time she wants to use the toilets was increasingly getting difficult after losing a leg in an unfortunate accident about nine years ago. But not anymore, thanks to the foldable toilet chair. Nagma was one of the many disabled people from the district to receive a comfortable alternative to the regular toilets.  The story of Moradabad’s effort to include people with disabilities also resulted in the district making it to the Limca Book of Records. 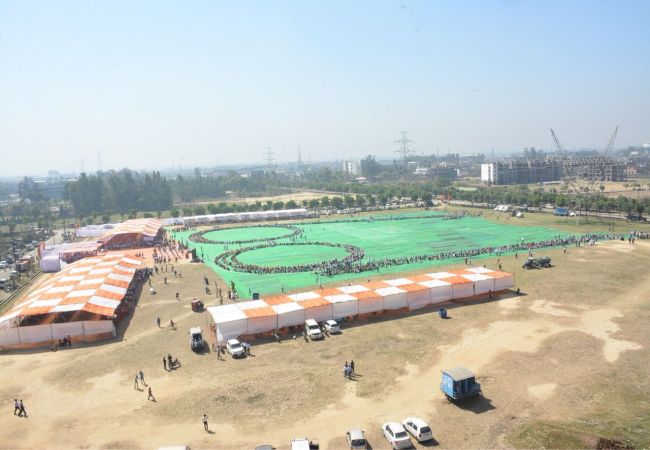 The recognition was given after more than 3,303 divyangs (persons with disabilities) made a formation along the outline of Mahatma Gandhi’s spectacles in an event organised recently. During the event over 1,000 foldable toilet chairs were distributed to the ‘severely disabled people’ (People whose level of disability is between 30 and 50 percent). Participants from all over the district were transported to a huge ground in the wee hours of morning to spread awareness about swachhta mission. With the help of all 150 volunteers and heads of gram panchayats the spectacle was completed in three hours.

Also Read: Bareilly’s ‘Roko-Toko’ Campaign Will Sensitise People About The Ills Of Open Defecation, To Meet Its December ODF Deadline

The aim of this activity was to pass down the message of cleanliness through the specially-abled people. If they can maintain their surroundings clean and hygienic despite having numerous challenges, then why can’t a lay person follow the same principles?

“In terms of infrastructure we wanted to send out a clear message to Prime Minister Narendra Modi and the centre for developing divyang-friendly toilets or providing them with alternatives. Not only will this promote the cleanliness mission further, people will be more sensitive to the issue of inclusion and making toilets divyang-friendly,” she adds.

Inclusion Of People With Disabilities In Swachh Bharat Abhiyan

The story of inclusion began approximately eight months back, when IAS officer C. Indumathy was appointed as the district’s Chief Development officer (CDO). It was during her regular field visits to check the progress Open Defecaton Free (ODF) process that she learned about the problems faced by the disabled people.

Talking about initiating the process of inclusion she says,

During my field visits, when we were busy encouraging people to use toilets and end open defecation, we realised that awareness and a toilet wasn’t enough for the divyangs.

Highlighting the problem, she further adds, “In villages, toilets are often located at a particular distance from the house and hence many people were either forced to openly defecate or they relieved themselves in the same place they sat or slept. While for people who cannot walk, distance was a problem, for the blind opening the door or walking till the toilet was an issue.”

Disheartened by this neglected yet a significant issue, the CDO came up with a solution in the form of foldable toilet chairs and building tactile paving, a system of textured ground surface indicator found on footpaths, (from home till the toilet) for the visually impaired villagers.

Working out the finances in acquiring the toilet chairs and repairing the existing toilet infrastructure to make it more disabled friendly was the first hurdle the authorities had to cross in this journey. After the idea of toilet chairs was pitched to the corporates and banks, the funding started flowing in through Corporate Social Responsibility activities. In many of the gram panchayats, the heads channelled some of the development funds into buying the toilet chairs.

Awareness, playing a key role in the whole exercise, were ‘swachhagrahis’ or motivators of Clean India Mission, “locals, who were highly active in the cleanliness mission were appointed as swachhagrahis. Their fundamental job is to conduct educative lessons and spread awareness,” adds Ms Indumathy.

On the sidelines of arranging the finance, the swachhagrahis have been making the divyangs aware about the features of the toilet chair. The chair has handles for the user to easily get up. The pot placed on the chair is removable and during the awareness lessons the citizens were given strict instructions on disposing the human waste in the nearest toilet available.

When Nagma was told about special and most importantly convenient features of the toilet chair, she immediately got on board,

The chair is a blessing for me. I do not have to rely on my children or mother-in-law if I want to relieve myself. With this chair, I won’t have to control myself any longer, says Nagma.

The Moradabad administration is presently conducting a survey to identify the number of divyangs in each gram panchayat, “Once we get the total figure from all the 584 gram panchayats, we will contribute more of these chairs,” adds the Ms Indumathy. 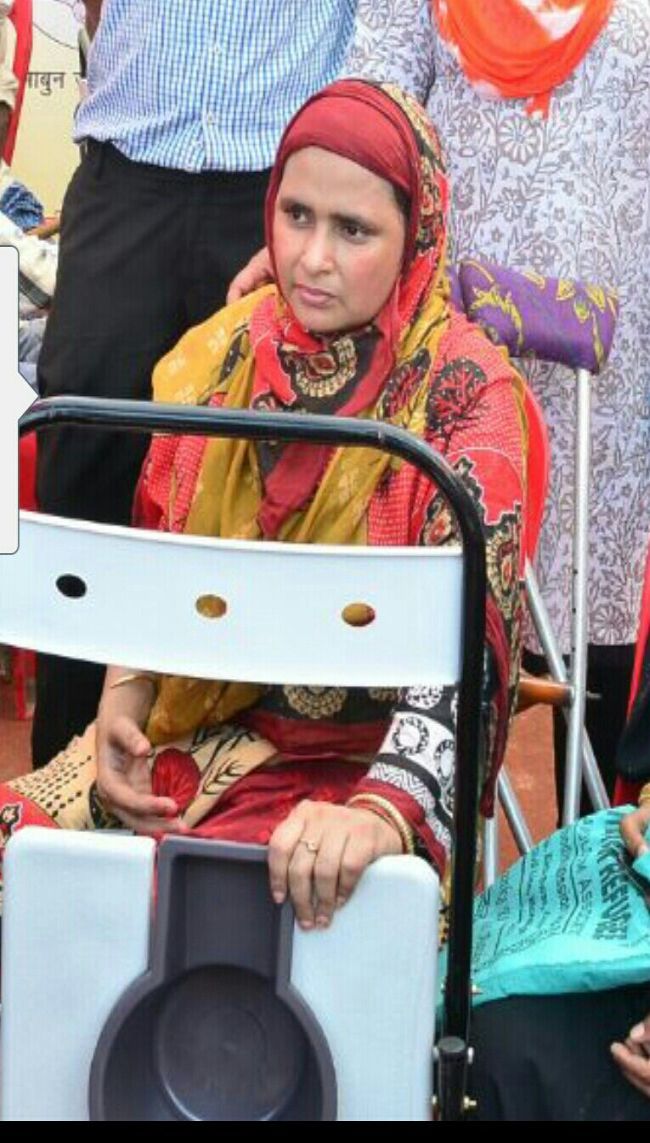 Claiming it to be India’s first of its kind of event, the administration will soon submit this case study to the Union Government and hopes that this initiative is taken up by other regions of the country as well.

Since the inception of Swachh Bharat Mission, the district has constructed 1,25,672 toilets and has successfully made 572 of the total 969 villages free from open defecation. According to the latest data available, the sanitation coverage of the district is 77.42 per cent.

Holi Amid The Pandemic: UP Government Issues Guidelines Ahead Of Holi, Urges Citizens To Follow COVID-19 Norms

According to an official from Home Department, Government of Uttar Pradesh, the pandemic is far from over and fear around it still exist especially since the number of cases are rising in the state. He added that negligence during Holi celebrations could increase the transmission