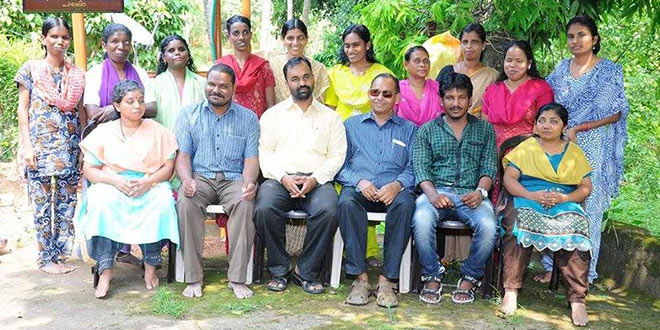 Mumbai: To make Thiruvananthapuram a plastic-free zone, the Thiruvananthapuram Municipal Corporation had imposed a blanket ban on plastic carry bags from March this year. As people turned towards plastic bag alternatives like paper and cloth bags, the members of Welfare Association for Visually Challenged (WAVC), based in Vattiyoorkavu started spending more time in the office. What is the connection between the two? The visually impaired members who have been making eco-friendly bags since last ten years are now facing a high demand with customers ready to spend extra. 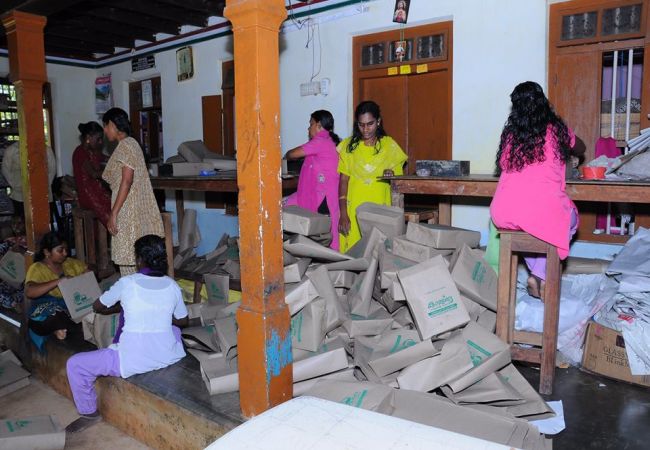 Talking to NDTV about the work of WAVC and the increase in demand for the bags, Dr. Joseph Antony, retired principal of Chennai’s Loyola college and Founder President of WAVC says,

The Welfare Association for Visually Challenged has always encouraged productive activities like making candles, soaps, paper bags that can not only impart skill training to the visually impaired but also serve as a medium to earn money. We have been making paper bags for a very long time and only now the difference is that the demand has increased and instead of us going to people to sell our bags, people are coming to us. The plastic ban in the city is serving dual purpose – making the environment plastic free and proving to be a ray of hope for our members. 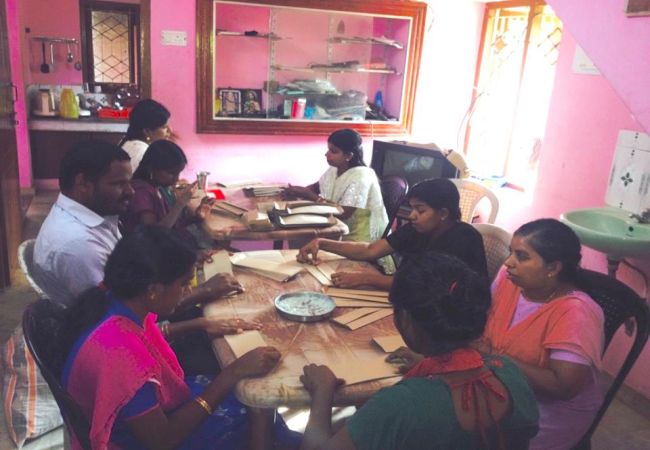 The charitable society reuses old discarded newspapers to make different types of bags/covers like paper carry bags, packets to store medicines, envelopes to X-Ray covers. Around 15 people spend 4-5 hours every day in the office and each individual makes 15-20 bags. Two sheets of newspapers and a cardboard for the base of the bag is used to make bags that can carry weight from 1 kilo to 5 kilos. The bags are sold at a very reasonable rate with their prices ranging from Rs 3 to Rs 15 depending on the size of the bag. On an average, each member now earns up to 5,000 per month from the previous Rs 1000-2000. 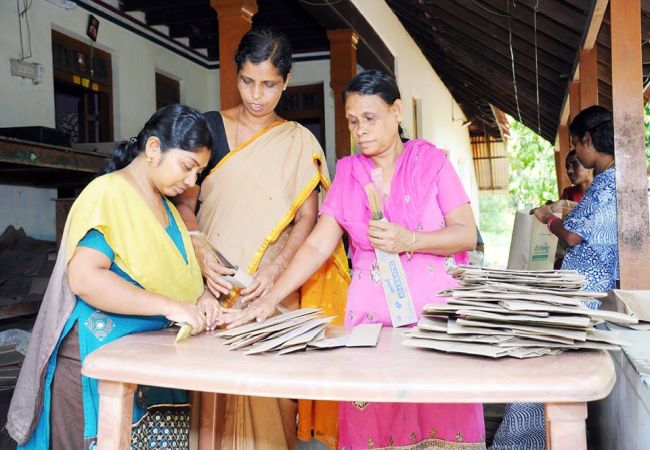 Though the organisation has been making paper bags for the last ten years, it is only now after the plastic ban that their products are becoming valuable, “Till now, since plastic bags were allowed people would use them thus making the demand for paper bags less. The investment in making the paper bag would be more than the returns. However, post the ban people the situation is reversed,” says C I Vargese, co-founder of WAVC.

Meet 35-Year-Old Green Warrior From Bengaluru, Who Is Planting Trees Across India Since 2007