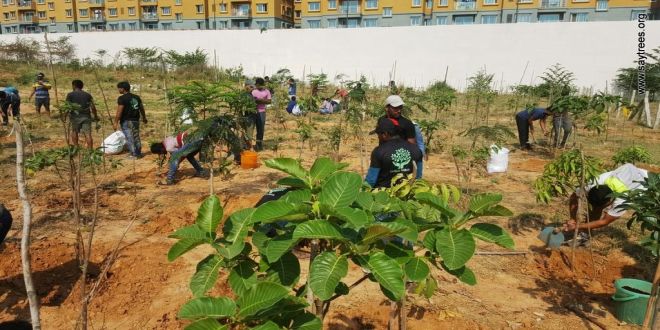 New Delhi: “Bengaluru was known to be the garden city of India and I being from North India have gone to Bengaluru to study and later ended up working there. Because of various developmental reasons, century old trees were being brought down across the city. Everytime I used to travel to and from office, I used to feel bad seeing the receding levels of trees in India’s own garden city and wonder if I could do something and bring back the title of ‘garden city’. At that time, I didn’t know what to do, but I wanted to do something”, says 35-year-old Kapil Sharma, who took up the job of increasing green cover in Bengaluru.

Concerned about the diminishing levels of green cover in the city, Kapil, a software engineer by profession, started visiting forest department offices to know if something can be done.

On research and interacting with various people, I got the idea that yes, century old trees are being brought down from roads and nearby areas, but saplings can be planted somewhere else and taken care of. We have acres of barren land or areas that have been converted into dumping ground which can be cleaned and converted into forest, says Kapil, while speaking to NDTV. 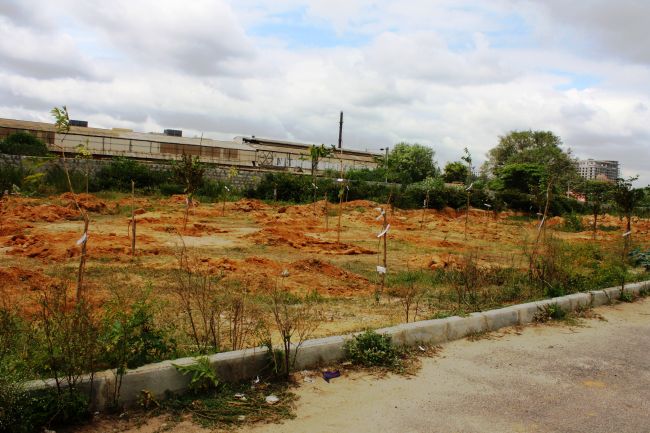 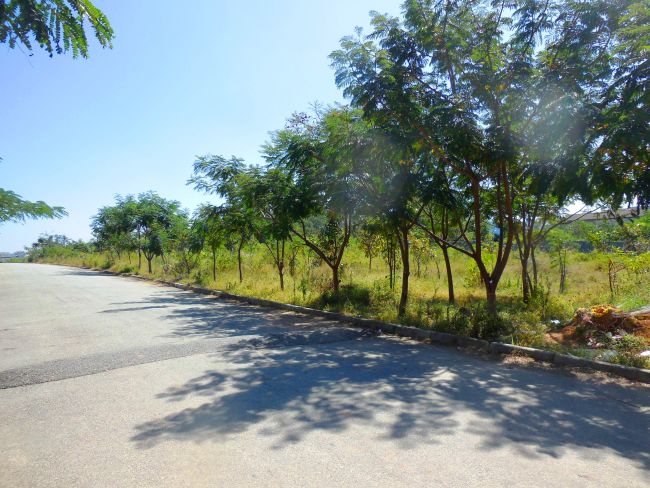 With the motive to increase the green cover across country and make tree plantation a habit among people, Kapil started Say Trees in 2007. Kapil and his team of six people began with planting one sapling in 2007, 100 in 2008, and 96,000 in 2017. From Bengaluru, Hyderabad, Chennai, to Andhra Pradesh, Mumbai, and Delhi, the team has planted 2 lakh trees with a survival rate of 80 to 85 per cent.

If you compare our work to other NGOs and individuals that are helping increase green cover in the country, we have not done much. 10 years and 2 lakh trees are less, but the reason behind this is sustainability. Our motto is not to plant particular number of trees in particular time period. Planting trees is just the tip of the iceberg. Our aim is to sustain them. We plant trees only when we feel that we will be able to nurture them, tells Kapil. 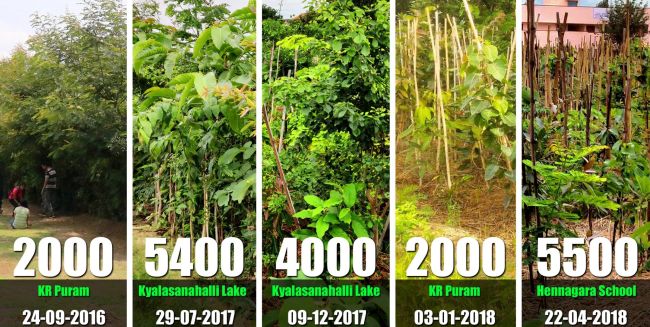 Kapil, who is currently in US for a project, he manages all the off ground work from there. From emails, invites, meetings with corporates for the funding and numerous plantation drives, all are handled by Kapil. Explaining the tree plantation process, Kapil say,

We find places within the city- one which has adequate water supply, where saplings will remain safe, and see how many people are interested. If people in neighbouring areas do not show interest, then there is no point of doing plantation in that area. We engage with people, who become responsible and take care of the sapling. We plant during monsoon, take care during summers and at the same time, look out for new places. This cycle goes on. 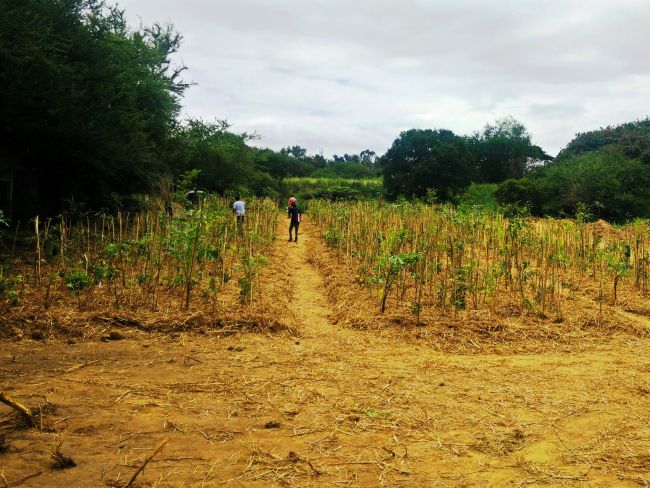 The team plants 5-6 feet high saplings which are already a year or two old. The team maintains them for two years which is enough time for saplings to get stable and grow on their own. To be a part of the plantation drive, an individual can get in touch with the team and do their bit.

Say Trees, Not Only About Plantation: The Green Journey

With the green efforts, in the year 2015, the team started planting sapling in lakes. In three years, the team, with the help of 9,000 volunteers has planted 30,000 saplings in 25 lakes in Bengaluru. Also, there have been places which were once a dump yard, but are now blooming with variety of trees, courtesy Say Trees that has created forest patches. Apart from making the city green, the team is also helping farmers by planting fruit saplings. Started in 2015, as of today, the team has planted 30,000 mango saplings with 56 farmers in Anantapur district, as part of ‘plantation with farmers’. 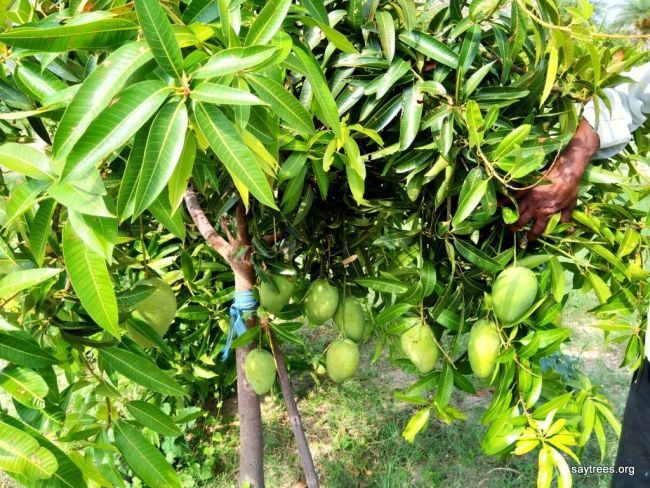 ‘Plantation with farmers’ let farmers sell fruits and earn a parallel income. We plant trees on their land, and let them nurture and earn from it.

Last but not the least; in two years, the team has created 9 miyawaki forests, using 30,000 saplings in and around Bengaluru. The first miyawaki forest was created on September 24, 2016. As cities don’t have much space, miyawaki forest comes as a rescue. The Japnese technique lets you grow a forest 10 times faster, as opposed to traditional forest.

Miyawaki forest being created by hundreds of volunteers

You can get 100 year old forest in 10 years and the forest will be 30 times denser than a traditional forest. Say, I have a one acre land and I create a miyawaki forest, it will be equal to 30 acre forest. Miyawaki forest is the need of the hour and can be done in small areas. It is time we take the responsibility and make tree plantation a habit, signs of green warrior, Kapil Sharma.