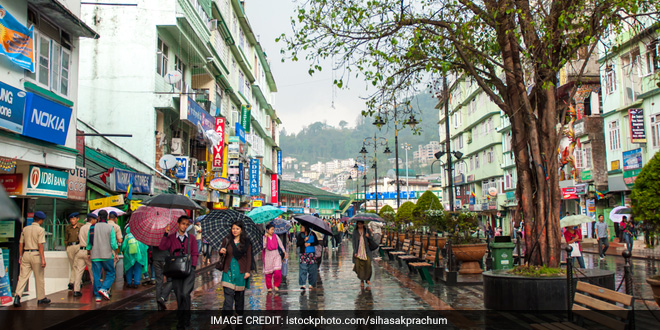 New Delhi: Prime Minister Narendra Modi today felicitated as many as 11 institutions and organisations for cleanliness.

Chandigarh and Mysore were felicitated for ‘Clean Cities in million plus population category’ and Gangtok for ‘Cleanest Tourism Destination’.

Urban Development Minister M Venkaiah Naidu also distributed Rs 400 crore to 19 states and the UT of Chandigarh for promoting urban reforms under the Atal Mission for Rejuvenation and Urban Transformation (AMRUT) during 2015-16. Tamil Nadu topped the list of performing states and Chandigarh headed the UTs, while Haryana, Jammu and Kashmir and Andaman and Nicobar Islands could not qualify for the incentives, an official statement said.

During the conference, top leadership of the country including the Prime Minister, Chief Ministers and Ministers from states and UTs signed a Declaration of Commitment to make India Open Defecation Free and Clean by 2019.

Naidu said that as on date, 405 cities and towns have become Open Defecation Free and 739 would become so by March next year.

Himachal Pradesh was among the states that were awarded for implementation of the AMRUT Mission.

“Himachal Pradesh has always been active in implementation of the centrally-sponsored schemes and in future also would be giving priority to the schemes such as AMRUT Mission, Swacch Bharat mission and Smart City,” said Sharma.

Besides, Mandi district of the state was also declared as open defecation free under the Swacch Bharat mission, the spokesperson said.

PM Calls For A Mass Movement Of ‘Swachhagraha,’ For A Clean India

According to CSE Analysis, ‘Govt Far From Meeting Its Target Of Building Toilets’