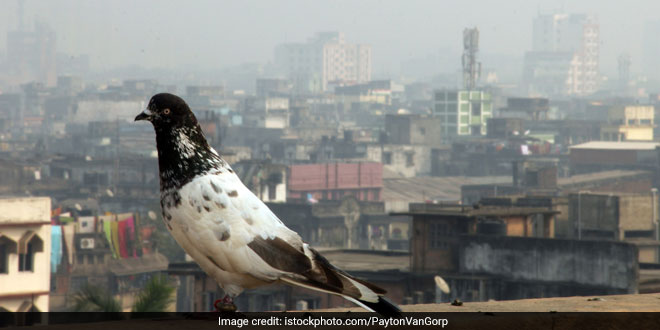 Kolkata: Amid reports of “poor” air quality in the city, the environmentalists on Sunday accused the pollution control agency of not being proactive enough to conduct the source apportionment study to combat air pollution in Kolkata and Howrah. For the last one-and-a-half months, air quality of Kolkata and Howrah has been observed as ‘poor’ and ‘severe’‘ and this could have subsequent health impacts ranging from ‘breathing discomfort to most people on prolonged exposure’ and ‘respiratory illness on prolonged exposure’.

In a judgement in August 2016, the Eastern Zonal bench of the National Green Tribunal had directed the West Bengal Pollution Control Board (WBPCB) to initiate a source apportionment study to collect and generate data on contribution of various sources of pollution at important areas in Kolkata and Howrah in order to formulate strategy, and to evolve a long-term air quality management plan for Kolkata and Howrah.

More than two years gone by, Kolkata and Howrah are yet to hear about Source Apportionment Study. Interestingly, the order was needed to be complied with within a period of six months, Legal Initiative for Forest and Environment’s Analyst Kankana Das told IANS.

Citing the RTI reply from WBPCB, she said,

Lack of inter-departmental coordination seems to be one of the main reasons for non-implementation of such a study in Kolkata and Howrah.

The study was entrusted to the National Environment Engineering Research last year by the pollution control agency.

At a time when the city population is struggling to breathe in the foul air, “the lackadaisical and reluctant approach on the part of regulatory agencies” is something not desirable at all, the environmentalists said.

When contacted, WBPCB’s Chairman Kalyan Rudra denied the accusation but declined to make any elaborative comment.

I would not make any comment on that as it is a court matter. It is a time consuming exercise and data for the entire winter is also required, he said.

Mr. Das said, according to the RTI reply, the draft report preparation on emission inventory would be done by December 2018.

5,000 Compressed Bio Gas Plants Will Be Set Up By 2023: Dharmendra Pradhan