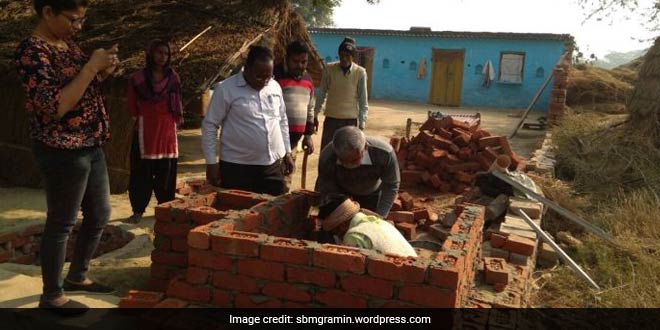 New Delhi: ‘Open Defecation Free’ (ODF) in simple terms mean that majority of the population in a region has an access to a toilet. While this may seem like distant dream in a country like India where a whopping 45 crore defecated in open in 2014, a remote village in Uttar Pradesh had made this dream possible and that too within 24 hours. On December 10, Lahra Nagla Akoli village in Etah district with a population of 500 constructed 98 toilets and ended open defecation in a day.

In a bid to speed up the ODF process in Etah, district magistrate Amit Kishore came up with the idea of ending open defecation in one of its villages in just one day and set this as a model for other parts of the district. Lahra Nagla Akoli was unanimously chosen by the administration. The pradhan of the village, Rajveer Singh and residents were notified about this initiative and were asked to arrange raw materials necessary for the toilet building activity a week in advance. Excited by the idea of making history and being a role model for others, the villagers offered help to the workers. Soak pits were dug and kept ready a day before the massive exercise.

The entire country is involved in Swachh Bharat Abhiyan activities in way or another. Being an aloof region, we didn’t want Lahra Nagla Akoli to be left out in the sanitation process. Being a very small village, we placed our bets on this region and implemented our idea. On hearing that this is something no region in India has ever done this, people became excited and participated whole heartily, says Amit Kishore, District Magistrate, Etah District.

As the second Sunday of December dawned, men, women, children and elderly stepped out from their houses. After a small meeting was convened between sanitation officers, masons and the villagers, the work began around 10 am. A total of 201 government officers and workers including masons, safai karamcharis, technical assistants, block coordinators and village panchayats members took part. Different groups undertook different roles. Children picked up brooms and started to sweep the area around soak pits, men and women physically carried raw materials like cement, bricks, hardware, etc to save worker’s time. 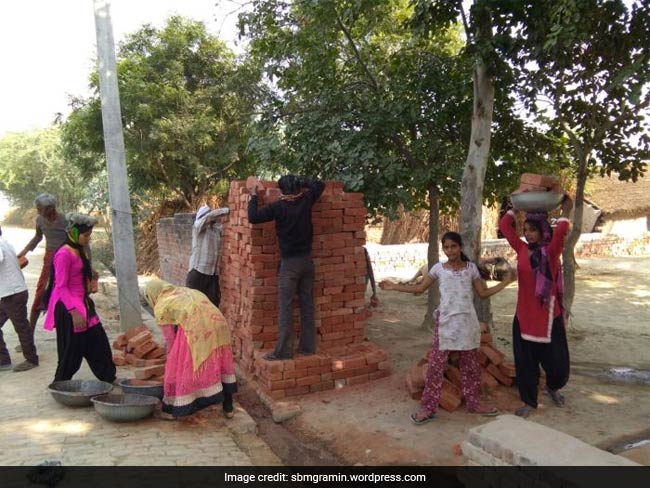 People, who were good at artwork, started to paint the toilet doors and inked messages on them. Every newly constructed toilet had Izzat Ghar carved out on it linking a women’s dignity with toilet. Other hygiene related quotes like ‘darwaza band to bimari band’ were also written on the doors. As most of the villagers were consumed in this movement, a group of women were preparing khichdi as a village feast for all.

By late afternoon, half of the target was achieved and people broke for a 45-minute lunch break. The work resumed around 3.30 pm with the same enthusiasm and excitement. As the sun came down, the goal came closer and around 10 pm every villager in Lahra Nagla Akoli had an access to a toilet. The toilet subsidy was released on the same day.

Now that the village has attained the ODF tag, their next aim is to achieve the ODF plus title.

For the next six months, we will carry out regular inspections in the village to ensure the open defecation is completely eliminated and alongside we will gradually shift our focus to solid and liquid waste management. The plans have yet to be chalked out but we are hopeful to have the same citizen involvement in our future endeavour, concluded the district magistrate.