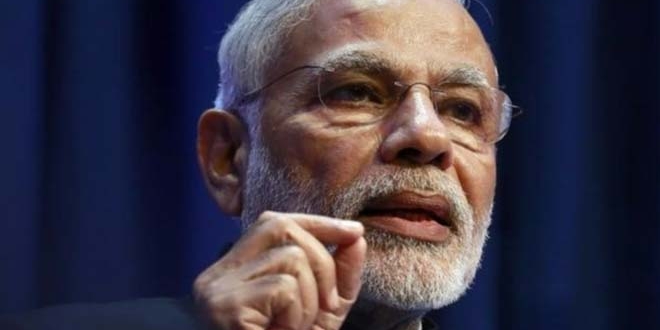 New Delhi: Waste to wealth and the inspirational role played by several women in Swachh Bharat Abhiyan found mention IN  41st Mann Ki Baat address by Prime Minister Narendra Modi. In his first radio broadcast post Budget 2018, the Prime Minister said that the current budget emphasises on turning waste into wealth and energy through biogas. The Prime Minister said that the Galvanizing Organic Bio Agro Resources (GOBAR) Dhan scheme will ensure cleaner Indian villages by converting cattle dung and agricultural waste into compost and biogas, which in turn can be sold.

The GOBAR Dhan scheme was announced in Budget 2018 by Finance Minister Arun Jaitley, The Prime Minister in his Mann Ki Baat address said that India is home to the highest cattle population in the world and the daily output of 3 million tonnes of cow dung could be utilised effectively. PM Modi gave the example of Europe and China using animal dung to produce energy.

In some countries in Europe and in China, animal dung is already being used to produce biogas and energy. Till now, we were lacking in infrastructure and capacity to utilise our vast resources of cow dung. Under the Swachh Bharat Abhiyan, we are moving rapidly to make good use of cow dung, said Prime Minister Narendra Modi.

The Prime Minister said that under the GOBAR Dhan scheme, farmers across rural India will be encouraged to view cow dung as not mere waste but as a source of wealth. Apart from ensuring the cleanliness of villages, the GOBAR Dhan scheme will provide for newer job opportunities such as collection and transportation of waste and additional income through sale of biogas. The Prime Minister also said that an online trading platform will be created for better implementation of the scheme, which will connect farmers to buyers so that farmers can get the right price for dung and agricultural waste.

The women of Jharkhand have shown how the power of women is integral to Swachh Bharat Abhiyan. The involvement of women in the campaign will further change the course of the campaign and encourage people to maintain cleanliness and hygiene, Prime Minister Modi.

PM Modi also took the occasion to congratulate Raipur in Chhattisgarh for successfully organising the ‘Kachra Mahotsav.’ The trash festival was organised by the Municipal Corporation of Raipur to generate awareness about cleanliness and encourage methods using which city’s waste can be creatively used and recycled.

Also Read: Raipur’s Kachra Mahotsav Initiative Gets A Big Thumbs Up From Prime Minister Narendra Modi In Mann Ki Baat. Now, It Will Be Held Every Year

Raipur’s Kachra Mahotsav Initiative Gets A Big Thumbs Up From Prime Minister Narendra Modi In Mann Ki Baat. Now, It Will Be Held Every Year