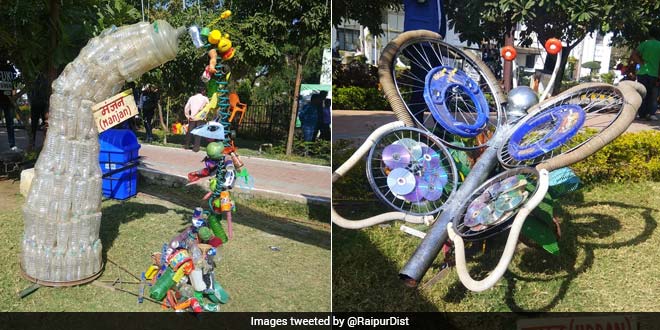 Till date, we have been hearing about the myriad types of festivals – be it music festivals, food festivals, film festivals and many other kinds of festivals. But in a unique endeavor in Raipur, Chhattisgarh, the state’s first ‘Trash Mahotsav’ was organized. The objective was to generate awareness about cleanliness and how city’s waste can be used effectively, in fact creatively.

We’ve heard of food festivals, film festivals and music festivals but have you heard of a Kachra Mahotsav? This effort by the people of Chhattisgarh was something unique and appreciable. #MannKiBaat https://t.co/lRxp42hIFn

Also Read: First Time In India, A Kachra Mahotsav Is Being Held In Raipur To Instill Habit Of Recycling Among People

PM Modi also said that the activities that took place during this festival were very innovative. He adds,

For the innovative manner in which importance of waste management and cleanliness were displayed in this festival, I congratulate the people of Raipur Municipal Corporation, the entire populace of Chhattisgarh, its government and administration. The district has inspired all of us. 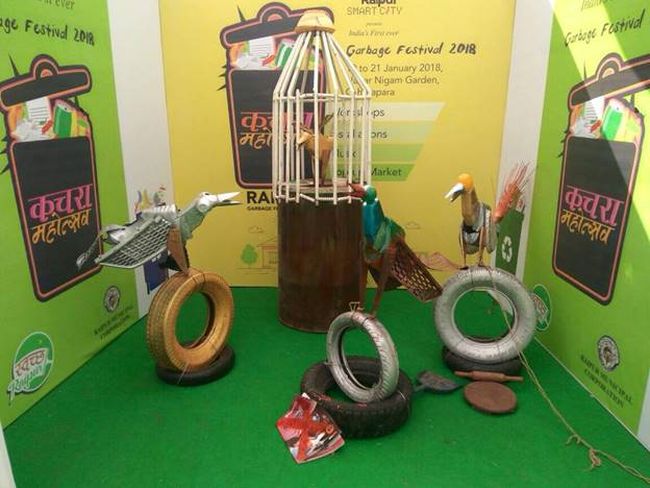 Expressing happiness on the participation of school students in this initiative, PM Modi said,

“The way the school children took part in the entire endeavor was amazing.”

Post this appreciation of the Kachra Mahotsav in PM Modi’s Mann Ki Baat, organiser of the event, Raipur Smart City Limited (RSCL) has decided that the festival will be celebrated every year in the district.

In the kachra fest, there were different types of workshops that were held to educate people on how they can effectively start managing their own waste. The workshops covered composting, how to recycle waste and upcycle waste like glass, plastic and paper. There were different stalls where home décor, and utility items made out of waste were being sold.

Apart from this, the fest also had competitions where people were asked to showcase their talent with waste and music performances where music was created using trash as material.