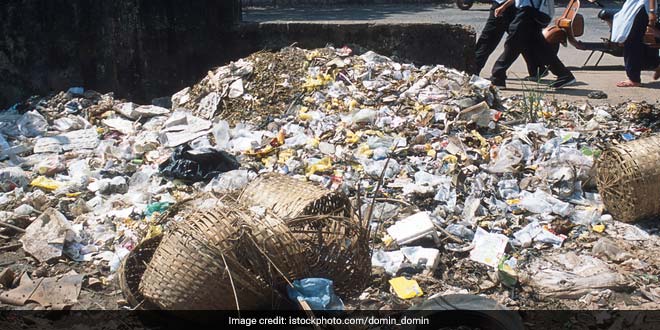 Two weeks after Maharashtra Chief Minister Devendra Fadnavis promised the residents of Uruli, Devachi and Phursungi to tackle the problem of dumping city’s waste near their houses, the Pune Municipal Corporation (PMC) has now come up with a waste treatment plan. The PMC’s Solid Waste Management department plans to set up a mix waste processing unit of 750-tonne capacity that will unburden the Uruli landfill.

The mix waste processing plant will treat around 750 tonnes of city’s waste in multiple ways. The plant will produce around 13 megawatts (MW) power out of 11 MW will be saleable. Part of the wet waste will be sent for composting and the unit has the capacity to generate 15 tonnes of compost. Additionally, the PMC also aims to produce Refuse-derived fuel (RDF), a fuel created from wastes such as Municipal Solid wastes (MSW), industrial wastes or commercial wastes.

Earlier this month, as the city of Pune was rejoicing for being the 13th cleanest city in India as per the Swachh Survekshan rankings of 434 cities based on cleanliness, villagers of Uruli, Devachi and Phursungi, about 25 km from the city, were agitating against the civic body to shift the dumping yard situated close to their homes. Pune generates nearly 1,600 tonnes of garbage everyday, of which 80 per cent is treated within city limits and the rest is dumped in the site near the two villages.

The filthy landfill posed adverse health effects to the villagers and even disturbed the groundwater levels after which the villagers took out a symbolic funeral of the garbage yard. After 20 days of protest the villagers finally called it off when Chief Minister Fadnavis assured the villagers that the government will “chalk out a sustainable plan to address the waste issue.”

The plant will soon be installed and is expected to become functional within two months confirmed Suresh Jagtap, Head of PMC’s Solid Waste Department.

Calling the waste processing unit as ‘essential’, Mr Jagtap said, The plant will be a huge relief to the residents of the twin villages. The aim is to cut down piles of garbage which is posing a serious environmental health hazard. Last week, the Maharashtra Pollution Control Board (MPCB) reviewed and sanctioned the proposal.

IT Firm Raises Concern Over E-Waste Generation In Odisha, Says It May Touch 2050 Million Tonnes By 2021