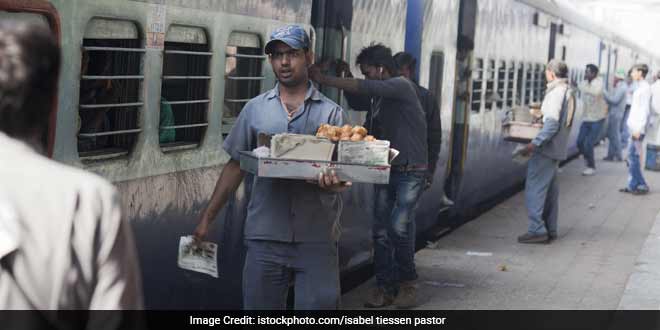 New Delhi: The earnings from the sale of railway scrap on the e-platform have come down subsequently in the last three years. Railways disposed of Rs 2,719 crore of scrap during 2016-17 as against Rs 2,801 crore in 2015-16 and Rs 3,247 crore in 2014-15. A senior Railway Ministry official said scrap generation has declined due to better utilisation of assets and completion of gauge conversion process and the figures have come down accordingly.

In order to bring transparency and efficiency, railways had made it mandatory for scrap to be sold through e-auction only.

E-auction module is part of IREPS (Indian Railways e- procurement system) which is the single portal of Indian Railways handling all purchase tenders and e-auctions.

All 17 zonal railways as well as all production units of railways use this single platform for disposal of scrap.

The e-auction of scrap was introduced on a pilot basis on March 6, 2012 and since then it has been introduced on the entire rail network.

The Indian Railways had completely switched over to e- auction from June 1, 2013 and so far, nearly 8000 e-auctions have been conducted successfully.

The official said prompt disposal of scrap not only helps in decongesting the work place but also contributes to the Swachh Bharat Mission besides making a significant contribution in generating revenue for the railways.

Scrap disposal is a performance indicator of Zonal Railways which is monitored continuously at all levels including the Railway Board.

Developed by the Centre for Railway Information System (CRIS), the e-auction module is fully digitised and scrap disposal activities are monitored online on a real time basis.

The module has also been integrated with payment gateway of the State Bank of India for deposit of sale value by bidders.