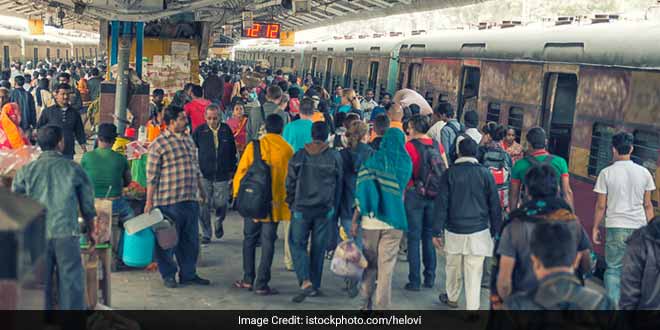 New Delhi: Passengers can now play judge and rank the cleanliness level of popular trains like Rajdhani, Shatabdi and Duronto, as well as major railway stations across the country. The Railways will undertake a detailed survey cum-audit of 407 busy stations and about 200 trains shortly, to focus on the cleanliness and hygiene conditions. A passenger can now send photos related to cleanliness in trains and stations to a central control room to be set up soon, said a senior Railway Ministry official involved with the cleanliness drive. Based on the feedback from the passengers, popular trains will also be audited for on-board housekeeping services, linen quality, toilet condition, disposal of waste and pest control system. Apart from all the premier trains, services of all Jan Shatabdi, Samparkkranti and inter-city trains will also be included in the survey.

Trains and stations will be given ranks as per the survey results, the official added. He went on to add that the aim is to involve passengers in creating awareness about cleanliness on premises of the railways and also to ensure it remains an area of focus for all the concerned staff members,

Earlier, the Railways had undertaken a passenger feedback survey to evaluate cleanliness levels of major stations through the Indian Railway Catering and Tourism Corporation (IRCTC) last year. The survey was conducted by a professional market research agency engaged by IRCTC. It commenced in January 2016 and the field data was collected by February 2016. The final report of the survey along with detailed analysis was presented to the Railway Board on June 2016.

Based on the recommendations and the way forward given in the report for improving cleanliness standards at major stations, the Railways had issued guidelines to all zones in July 2016 to undertake focused actions in relevant areas for improvement.

As per the survey mechanism, there will be a sample size of about 50 passengers for premium trains and 30 passengers per journey for other trains.