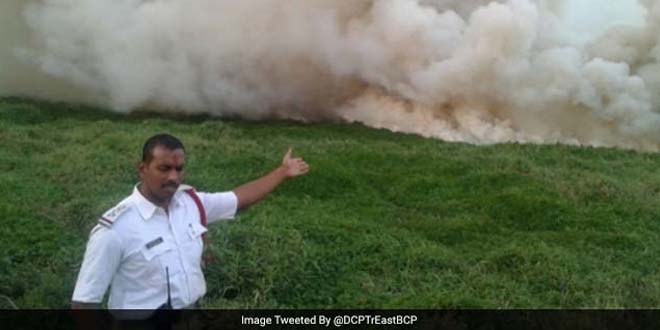 It was one of the most dramatic images from last week. A huge lake in the heart of Bengaluru was on fire.

The fire which broke out last Thursday at the Bellandur Lake in Bengaluru has raised several concerns about how the continuous disposal of wastage around the lake has damaged its ecosystem extensively. So much so, that the fire was believed to have been caused by accumulated waste in the lake. It took the fire departments a few hours to bring the fire under control, with the Bruhat Bengaluru Mahanagara Palike (BBMP) and Bangalore Development Authority (BDA) getting a lot of flak post the fire.

It took an incident of this magnitude, but authorities have finally realised the importance of keeping the lake clean and not turning it into a garbage disposal site.

In the wake of the fire, the Karnataka State Pollution Control Board (KSPCB) issued directions to the BBMP, BDA and the Bangalore Water Supply and Sewerage Board (BWSSB) to inspect the sewage treatment plants in the adjoining areas. Proper treatment of sewage in these STPs will ensure that the waste is not disposed indiscriminately in the lake.

Post the fire, the KSPCB also issued strict guidelines for residents around the lake area and asked them not to dispose any garbage or waste material in the lake or adjoining areas.

We have asked the residents not to dispose any waste material in or around the lake. Waste material, especially those comprising concrete is very difficult to remove and pollutes the lake, thereby damaging its ecosystem. We have also asked the BBMP and BDA to monitor waste disposal around the lake, said Mr. S. Shanthappa, Member Secretary, Karnataka State Pollution Control Board.

With the KSPCB issuing stringent guidelines for garbage disposal and looking to monitor the Bellandur situation first hand, the fire seems to have brought to fore several environmental issues which will hopefully now be taken care of.

Railways Up Its Swachh Quotient: Passengers To Rank Trains And Stations