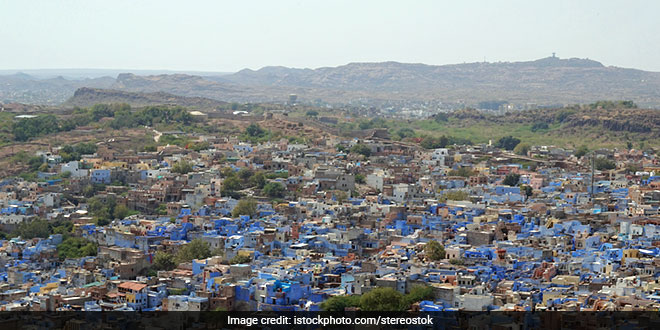 New Delhi: Rajasthan state pollution control board (RSPCB) has failed to initiate any effective programme to control and abate air pollution in the desert state, a CAG report said. The Comptroller and Auditor General of India (CAG) audit has observed that the board, which is responsible for prevention, control and abatement of pollution, merely forwarded the instructions issued by the central pollution control board to the executive departments but did not follow up on them.

“There was a lack of coordination between the RSPCB and other relevant departments which led to non-identification of sources of air pollution along with their quantification through source apportionment studies,” the CAG report on the last fiscal said.

It was also seen that the RSPCB and Environment Department did not have meaningful data of the sources of pollution in rural areas in absence of which planning to mitigate pollution could not be undertaken.

Periodic survey to identify the sources of air pollution and its adverse impact on eco-system as well as human health was neither done by the RSPCB nor were any action plan prepared with clear timeline to reduce the air pollution. Lack of proper monitoring of air pollutants was found in the CAG audit which indicated that the purpose of procuring costly equipment was defeated.

Source apportionment studies were not carried out in non-attainment cities to identify and quantify the source of pollution. In the absence of which, the RSPCB was not in a position to prepare comprehensive programmes for prevention, control or abatement of air pollution, the report stated.

No action plan by the Transport Department to phase out 15-year-old vehicles, no survey by the department to identify places with heavy traffic and no pollution load assessment, poor manpower management in the RSPCB were among other findings of the audit.