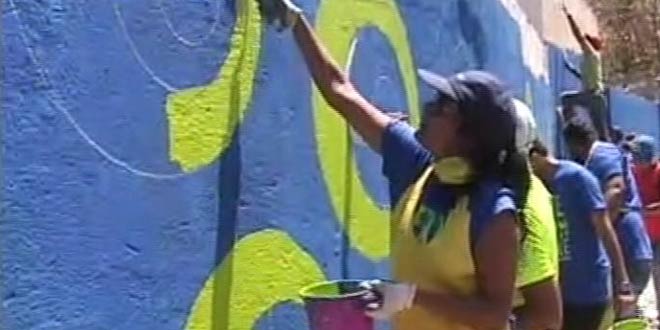 Bengaluru: Bruhat Bengaluru Mahanagara Palike (BBMP) has launched a mammoth eight-day clean-up drive from February 24 to March 4 with the aim to clear garbage pile up and debris that has been defacing the city for a long time. Speaking to NDTV about the campaign, BBMP Commissioner, Manjunath Prasad, said, “During these 8 days we intend to clean Bengaluru completely. We will remove the construction debris, garbage or any other waste that has been dumped on the roads, parks, lakes sides or under the flyovers. We will be devoting all our engineer staff and machinery for this mega clean-up. In addition to this we are also requesting the citizens of the city and all the resident welfare associations and the civil society organizations to be a part of this cleanathon.”

Also Read: Bengaluru To Source Ideas From Citizens In A Bid To Curb Air And Water Pollution

We have also requested builder associations and contractors, to take part in this campaign and make it a huge success.

But, so far, not too many citizens and builders have come forward to take part in this clean-up. Those volunteering their time and efforts are confined to a few companies within the city and Bengaluru’s famous Ugly Indians group, who work anonymously to clean up city’s public mess.

NDTV met two Ugly Indians in Padmanabhanagar, cleaning up a wall alongside a flyover. This involved removing posters and debris and painting a stylised peacock with long colourful feathers. One of the volunteers speaking to NDTV said,

I mean across Bangalore, for 7 days the BBMP has called people to come out and work and they have said they will help. We have chosen 7 to 8 prominent locations. So we just came and about 50 people have showed up this morning, the BBMP are sending their trucks and in 3 hours it’s getting done. In fact it shows that in one week if you’re serious you can clean up the entire city. It shows that it’s possible.

Creating a wow effect in the public spaces gives me a high. As a designer, whenever I work with my colours and my designs, I really get satisfied. And seeing the wow effect in public makes it better.

A volunteer from a private company said, “I think it’s everyone’s responsibility. I would urge more people to come forward and help us out. Because the more, the merrier. Also, that ways we will be quicker and can make this city more beautiful and clean.”

Watch: Bengaluru’s Faceless Warriors ‘The Ugly Indians’ Are On A Clean Mission

Also on the spot, NDTV met BBMP Assistant Engineer, R Ashok, as his tractor carted the debris away, he told NDTV, “We have taken 130 kilometres of the south zone and approximately 30 kilometres in this Padmanabhanagar constituency. That work is going on with the cooperation of the public. BBMP is providing some facilities, machineries and is also activating people through awareness on how to keep the city clean. The campaign may be a small step, considering the mess the city seems to be in. But it is a step in the right direction.”

A young woman volunteer summed it up when she said,

A clean city is a happy city. And it just gives good vibes to everyone in the city. I’m happy to be a part of this.