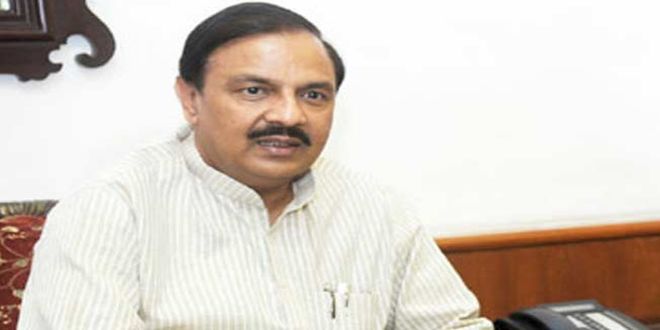 New Delhi: As the pollution levels in Delhi plummeted to severe levels, Union Environment Minister of State Mahesh Sharma on November 7 said it was a “matter of concern” and added that the man-made causes needed to be removed to tackle the situation. He said while the National Thermal Power Corporation (NTPC) power plant was closed, directions were issued for spraying water at construction sites and to stop manual mopping.

“We have to see that all the measures (against pollution) are taken. But, this has to be a joint effort involving the public and the governments,” the minister said. He added that wind from Punjab, mixed with smoke due to stubble burning, had started entering Delhi due to a change in direction.

This is a matter of concern for all of us. Since Monday evening, there has been a change in the weather, humidity has gone up to 80-90 per cent and we expect it to go further up from 6 pm onwards, Mr Sharma told a television channel.

Asked about steps being taken by the Centre to tackle the situation, he said, “The experts are continuously working. The Supreme Court-appointed committee, comprising health and environment experts, discussed (the situation) Tuesday.”

Mr Sharma added that the Centre was in touch with the governments in the National Capital Region (NCR).

We have to remove the man-made causes. The NTPC power plant has been closed. Directions have been given for spraying water at the construction sites and manual mopping has been stopped because of dust pollution, he said.

Delhi woke up to ‘severe’ air quality Tuesday as the pollution levels breached the permissible standards by multiple times.

The rapid fall in the air quality and visibility began last evening itself as moisture, combined with pollutants, and shrouded the city in a thick cover of haze.

By 10 am, the Central Pollution Control Board (CPCB) recorded a ‘severe’ air quality, meaning the intensity of pollution was extreme.

People Rush To Buy Masks, Doctors Apprehensive About Their Efficacy