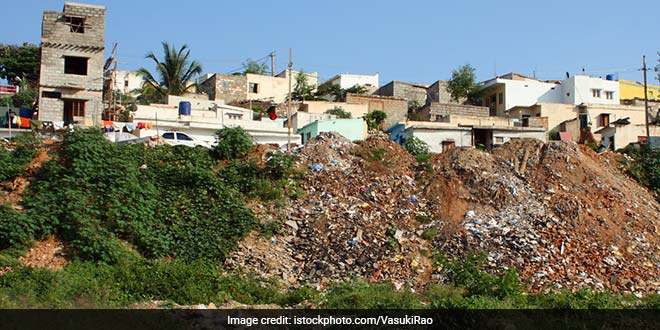 New Delhi: The problem of waste disposal in urban spaces is consuming India’s cities, as landfills are exhausting themselves and running out of spaces to accommodate more garbage. The scenario is similar across all major Indian cities, and city civic corporations are turning to citizens in desperation. Waste segregation and composting are expected to make key differences in the urban garbage scenario and major cities like Delhi, Mumbai, Bengaluru, Chennai etc. are encouraging segregation and composting, especially in residential societies which are bulk generators of waste. From tax rebates to awards, urban civic bodies are trying to attract residential societies to waste composting and Bengaluru isn’t far behind.

While the Bruhat Bengaluru Mahanagara Palike (BBMP) has encouraged residential welfare associations (RWAs) to practice segregation and waste composting for the past few years, the civic body is considering a new proposal to encourage more RWAs to take up waste composting. Under the proposal, BBMP may provide a 50 per cent rebate on the garbage cess if any bulk generator of waste such as RWAs and hotels has adequate facilities to process wet waste generated on their premises. If the proposal is passed by the BBMP council, RWAs with more than 50 apartments, as well as commercial establishments generating more than 10 kilos of waste daily will benefit the most.

Bulk generators of waste which generate large quantities of garbage daily have to pay a separate garbage cess along with property tax since 2011-12. Bengaluru’s daily waste generation, which is close to 3,500 tonnes daily is expected to cross more than 13,000 tonnes daily within the next 10 years if garbage generation from bulk generators is not checked. The garbage cess was introduced to ensure that more RWAs and larger establishments practice segregation and waste composting. The city’s waste management tactics have earned the ire of the local people, who have complained that in some areas, the stench of garbage from garbage mounds is too much to handle. The BBMP recently decided to set aside 11 per cent (Rs 1117 crore) of its Rs 1,066 crore budget for 2018-19 for scientific waste management. In February 2018, reports emerged that the garbage cess would be increased to 15 per cent of property tax. If the rebate proposal is passed by the council, big establishments in the city are more likely to take up composting and avoid paying more cess.

While implementation of a rebate will require an approval from the Legislative Assembly, for a city like Bengaluru which is struggling to manage its garbage, the rebate option may find favour among RWAs and commercial establishments. More bulk waste generators are likely to take up composting within their premises, thereby reducing the burden on landfills and waste processing plants. The BBMP is hopeful that if a majority of the bulk generators take up in-house composting, the daily garbage generation numbers of the city will come down.

India Incurred $55.39 Billion Worth Of Losses In Terms Of Labour Output Caused By Air Pollution In 2013