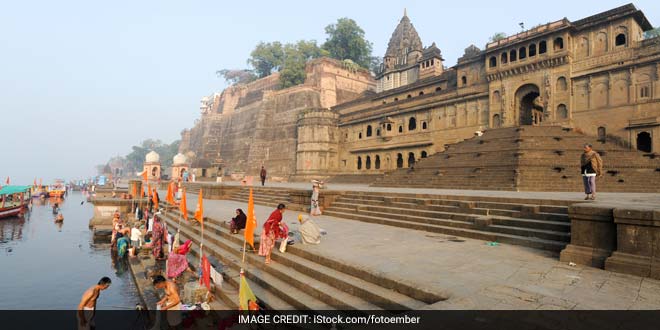 Bhopal/New Delhi: Under the Swachh Bharat Abhiyan, Prime Minister Narendra Modi will unveil a plan to rejuvenate the Narmada at the concluding event of “Namami Devi Narmade Sewa Yatra” in Madhya Pradesh today on May 15. The Sewa Yatra was launched to protect and conserve the auspicious river. The yatra was started on December 11, 2016 from Amarkantak in Anooppur district where the river originates and covers a distance of 3,344 km and passing through over 1,100 villages and towns.

“I am delighted to join the programme to mark the conclusion of the Narmada Seva Yatra in Amarkantak, Madhya Pradesh, tomorrow afternoon,” PM Modi tweeted yesterday on May 14.

I am delighted to join the programme to mark the conclusion of the Narmada Seva Yatra in Amarkantak, Madhya Pradesh, tomorrow afternoon.

“Narmada Seva Yatra is an excellent mass movement to protect the Narmada and conveys a larger message of saving the environment as well,” PM Modi said in a series of tweets.

Narmada Seva Yatra is an excellent mass movement to protect the Narmada & conveys a larger message of saving the environment as well.

PM Modi further hinted towards the roadmap of saving Narmada and said “it is going have a major impact on MP’s ecology.”

Tomorrow in Madhya Pradesh, I will be launching the #NarmadaSevaMission, which will surely have a major impact on MP’s ecology.

The roadmap has been prepared after wide-ranging consultations with various stakeholders, including environmentalists, river conservation experts and people directly associated with the Narmada, Chief Minister Shivraj Singh Chouhan told PTI.

CM Chouhan also said that the state government is all set to launch a similar initiative to revive the health of other major rivers in the state.

After completion of the Sewa Yatra on May 15, the state government with the help of people’s co-operation will launch a similar drive to rejuvenate and improve the health of other main rivers of the state like Kshipra, Parbati, Tapti, Tawa, Betwa, Chambal and Sindh among others, CM Chouhan said.

The CM further credited the people of Madhya Pradesh for being an active part of the yatra, “As far as short term measures are concerned, we were successful in raising awareness among the people on the issue of conserving river and they whole-heartedly supported it. They took a pledge of not polluting it by throwing plastic and religious material into it. They also came together against cremation on river banks and dumping of all remains in it,” he said.

As part of the 6 month long Yatra, the Madhya Pradesh Government claims to have been successful in raising awareness on keeping the rivers clean. The government is also in the process of installing sewage treatment plants and turning the villages along the river open defecation free (ODF).