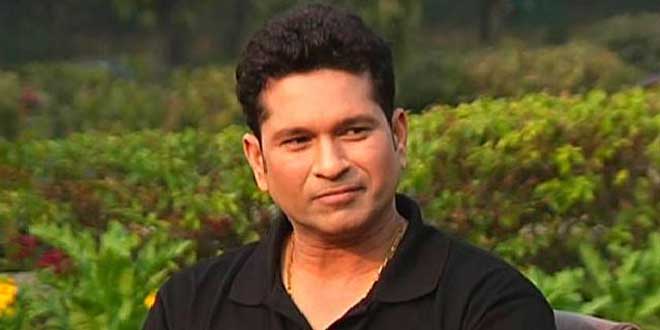 New Delhi: After transforming the lives of villagers in Puttamraju Kandriga in Andhra Pradesh, Indian cricket icon and Rajya Sabha MP Sachin Tendulkar is now set to adopt Donja in Osmanabad (Maharashtra) under the Sansad Adarsh Gram Yojna. Tendulkar has sanctioned over Rs 4 crore from his MPLAD fund for development of Donja. The amount will be spent on development of a new school building, a Water Supply scheme that would provide potable water to each household, concrete roads and a sewage line attached to the same, sources said.

Five special village level meetings have been held since the village was adopted by Tendulkar, under the Sansad Adarsh Gram Yojana with participation of women from the village

The initial planning has already been completed and the issuing of tenders for the various works is expected to commence after the Zilla Parishad elections in the region.

Tendulkar had announced Donja as his second adopted village late last year after successfully completing the first phase of development in Puttamraju Kandriga in Nellore.

Five special village level meetings have been held at Donja where women have also made suggestions to the district officials to plan the roadmap for the transformation.

Tendulkar has emphasised on addressing the issue of potable water since the entire region of Osmanabad has been facing a drought over the last couple of years.

The school building which is over 70 years old will also be replaced with a new one.

Commenting on the initiative, Assistant Collector (U/T) Osmanabad District, Ayush Prasad said, “The collector’s office has been closely working with the villagers and all the efforts are towards a 360 degree development of the village keeping in mind a well-balanced socio economic structure.”

We are grateful to cricket legend and Rajya Sabha MP Sh. Sachin Tendulkar for choosing a village in Osmanabad District and for being so supportive and committed to its development. We are excited about his vision for the village. We look forward to hosting him at Donja,he added.

Over 400 of the 610 households in Donja village did not have toilets when the village was adopted by Tendulkar. Since then, over 231 toilets have been built and are being used.

Oxigen Financial Services is helping improve the banking services at Donja. 12 retail outlets were trained and steps were taken to encourage them to set up micro cash-recycler ATMs.

Dr. Prashant B Narnaware (IAS), District Magistrate and Collector, Osmanabad and Ayush Prasad have led the efforts of the District Administration though proper planning and close monitoring.

Related Topics:
Drinking Water and Sanitation
Up Next