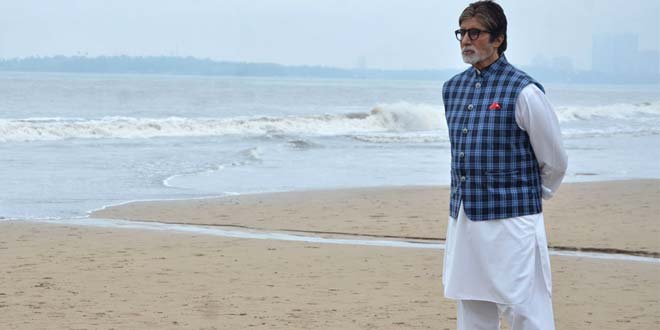 Chandigarh: Union Ministry of Urban Development has launched its new publicity campaign under the Swachh Bharat Mission aimed at encouraging people to convert kitchen waste into compost for scientific processing of municipal solid. Named as ‘Compost Banao, Compost Apnao’, the campaign has superstar Amitabh Bachchan as its brand ambassador. Stating this here today, Joint Secretary of Urban Development Ministry Praveen Prakash said that scientific processing of solid waste in all urban areas was one of the key initiatives being carried out under Swachh Bharat Mission.

The Centre has been stepping up efforts to encourage conversion of biodegradable waste into compost, for use as fertilizer, and reduce the amount of waste going to landfill sites, he said.

The new campaign is an attempt to encourage citizens to contribute towards making their city clean.

Prakash said the ministry has adopted a multimedia approach for the campaign.

To maximize the impact and reach of the messaging, the campaign comprises TV commercials, which would be aired through all leading TV channels and would be supported through print, digital cinema, radio and outdoor ad campaigns-posters, hoardings in public spaces across various cities, he said.

The campaign is produced by the ministry with the help of NFDC, he added.

The advertisement features Mr Bachchan reciting dialogues from some of his blockbuster movies while appealing to various target groups to set up decentralised composting facilities in their respective premises and using the same for converting kitchen waste into compost.

Mr Bachchan also appeals to nursery owners and horticulture agencies to pledge to use city compost in their gardens, farmhouses and public gardens.

The commercial ends with the tag line ‘Compost Banao, Compost Apnao’ by Bachchan, encouraging the citizens to adopt the practice of composting, Prakash said.

Also Read: This Is Asia’s ‘Cleanest Village’ And It Is In India

Delhi’s New Park Made Of Waste Material From Metro Construction