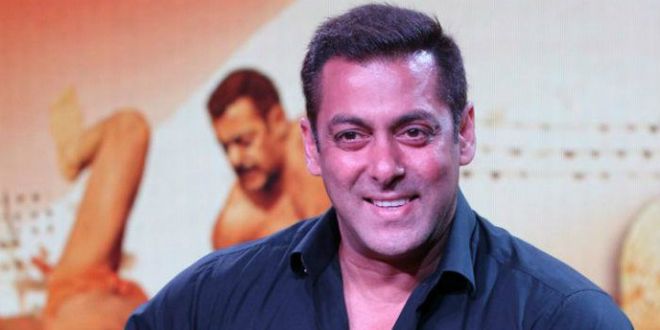 New Delhi: Megastar Salman Khan is in full swing to make Mumbai open defecation free and fulfill the dream Prime Minister Narendra Modi’s Clean India by 2019. The superstar has joined forces with Brihanmumbai Municipal Corporation (BMC) and ‘I love Mumbai’ foundation and is spreading awareness about hygiene and sanitation among people. Recently the actor visited slums in Mumbai along with the BMC Chief, Ajoy Mehta and handed over public utility toilets to the residents of the area in order to sensitise and educate people about the menace of open defecation.

It feels good, but it’s just a beginning. I think there are 3,000 plus houses where each house has six to eight people. So as many existing toilets were there, we just rebuilt them and gave them water connection, said Salman Khan.

The actor who is also the ambassador for the BMC’s anti-open defecation campaign added, In 3,000 plus houses, there were only 36 toilets. So there is a lot of scope. We will get permission to make toilets in their houses, given that they have space in their houses.

Expressing the gratitude towards Salman Khan’s kind act, who also paid for the utility toilets from his own pocket, Ajoy Mehta said that he is happy that the ‘Dabangg’ star has come forward to urge people to use toilets.

“People listen to him and take it seriously. The corporation is ready to do its best. I appeal to everyone to use toilets,” he added.

According to the civic bodies, there were over 117 major open defecation spots in the city, which have been now reduced to 21 in the last two years. The areas which are now free from the practice of open defecation are included Dongri, Pydhonie, Chira Bazar, Bhendi Bazar and parts of Marine Drive.

Ganga World Number 2 Among Rivers That Dump Most Amount Of Plastic Into Sea: Study