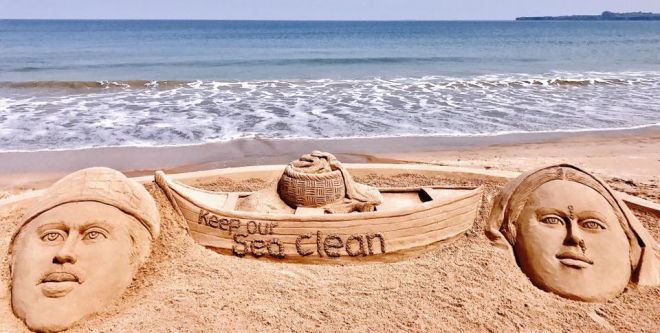 Creativity speaks louder than words! Gone are the days of drab looking ‘Clean India,’ ‘Do Not Litter,’ ‘Save Our Planet,’ ‘Stop Open Defecation’ kind of posters. Today, ‘Swachh India’ messages are being doled out with a touch of creativity in order to spread the word and make an impact. Meet Sudarsan Pattnaik, a sand artist who is on a mission to spread the most important message and that’s the message of a Greener India. With sand, water, and some brilliant ideas as his tools, he is spreading the message across the country, thereby leaving a Swachh impression.

The internationally acclaimed and Padma Awardee, Sudarsan Pattnaik is originally from Odisha and is known for creating series of intricate sand sculptures highlighting issues that are of national importance. The Swachh Bharat Abhiyan being a premium campaign is one of the areas in which the artist is working.

According to the reports, in India, about 450 million still practice open defecation and around 62 million tonnes of garbage is generated every day. With a hope to change this grim reality, the sand artist, Sudarsan Pattnaik is doing his bit. Here are some of the most stunning Swachh Bharat themed artworks made by the artist, take a look:

Also Read: These Hyderabad Swachh Warriors Aim To Build 100 Bus Shelters Out Of Plastic Bottles In Next 24 Months

1. A concept as unique as Swachh Bharat Abhiyan deserves a creative masterpiece like this one 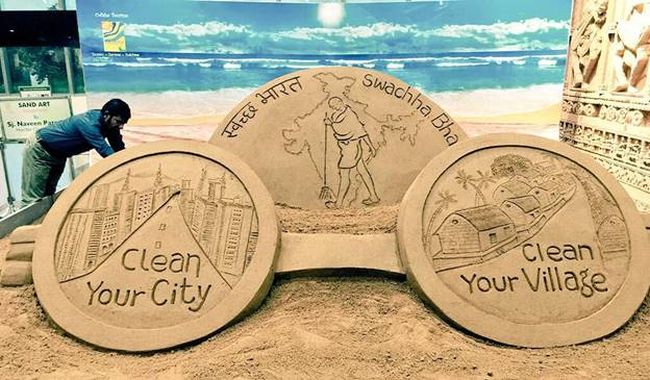 2. This one the artist made in a hope to make people of Puri aware about the beach pollution. The message is simple – Stop littering! 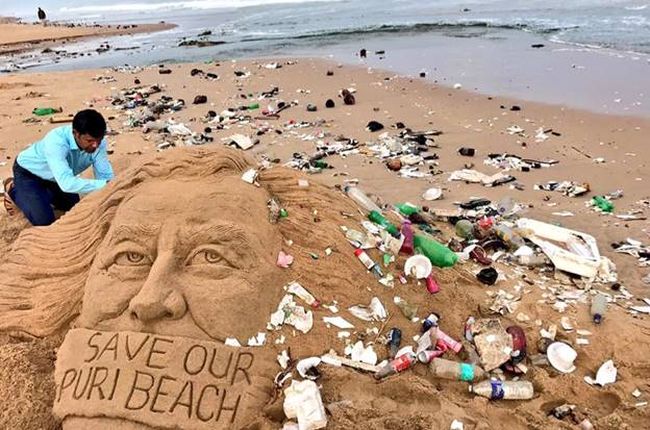 3. Go green and save the planet!

4. A message of ‘Use Toilet’ with a creative touch! 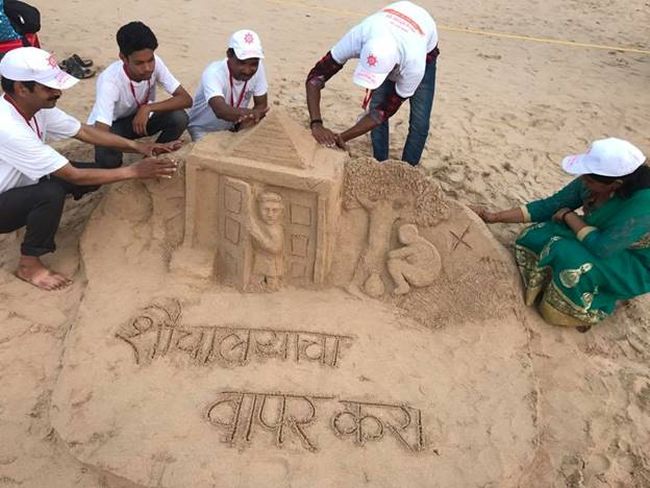 5. This sand art portrays how Gandhi Ji wanted his nation to be – A Dream of a Clean India 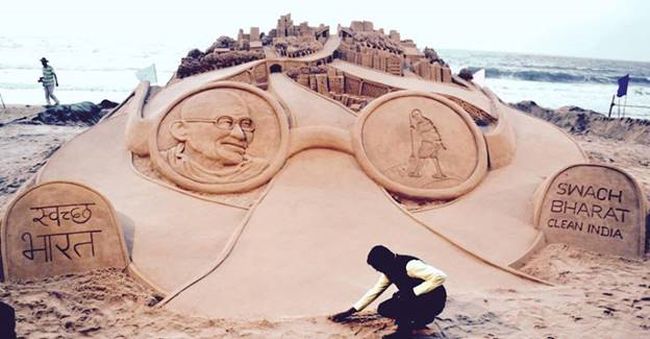 6. Plastics are ‘No.1’ killer, these are harming our planet in all possible ways. This sand art beautifully spreads the message of ‘Say No To Plastics’ 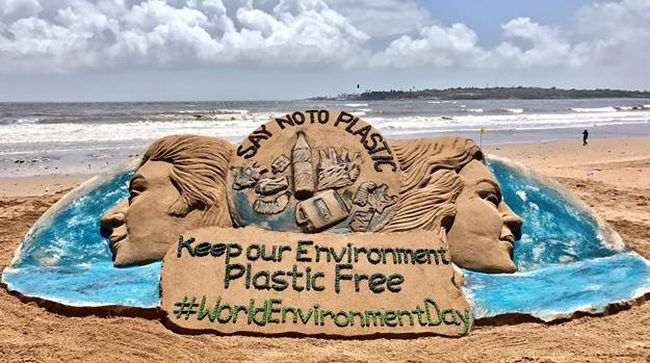 7. Save the planet Earth, it’s the only place you will have to live on 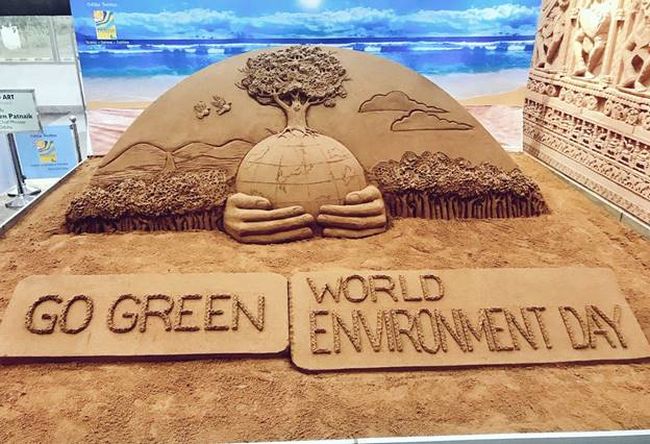 8. Choose the road to Swachhta and help India progress 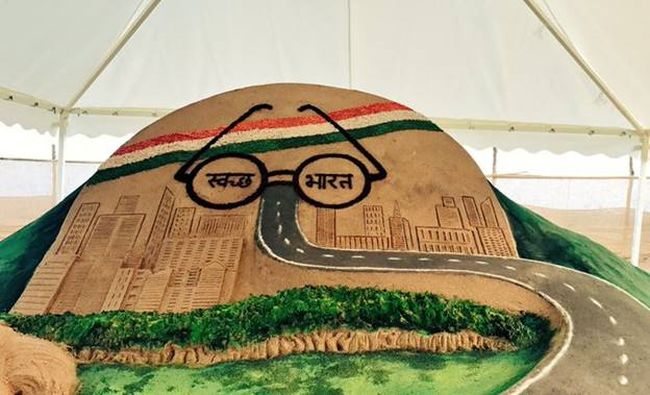 9. Our oceans, our future! Save them before it’s too late 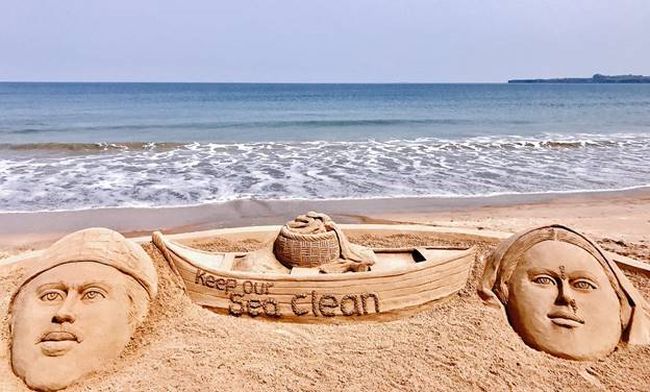 10. Littering will not be acceptable, period! 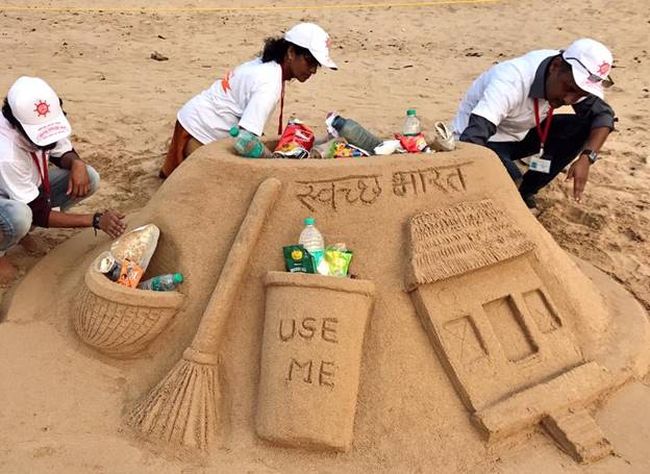 Dealing With Dysfunctionality: The Problems Of India’s Sewage Treatment Plants