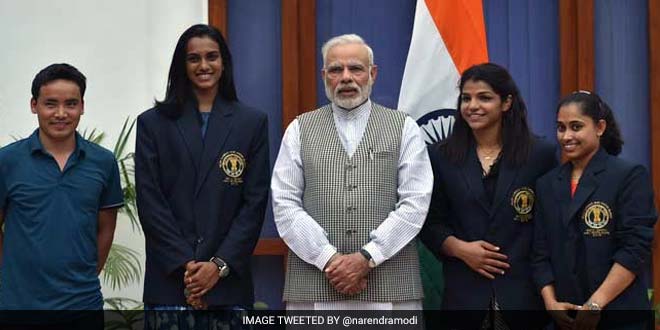 “We are very keen to involve both Olympic medal winners Sakshi Malik and P V Sindhu along with gymnast Dipa Karmakar, in Swachh Bharat Mission. The stories about role of hygiene and sanitation in their success will be great booster for this mission,” said Parameswaran Iyer, Secretary, Drinking Water and Sanitation.

He said these sport stars can inspire many women, especially in rural areas.

“We will approach Sports Ministry for involving these Olympians,” he said.

PM Modi had nominated 27 prominent personalities from various walks of life to promote his pet programme. The list includes Amitabh Bachchan, Baba Ramdev, Sachin Tendulkar and Anil Ambani, among others.

PM Modi launched the Swachh Bharat Mission on October 2, 2014 to achieve universal sanitation and to put focus on hygiene.

It is a national campaign and covers more than 4,000 statutory cities and towns. The campaign involves cleaning the streets and other infrastructure. One of the main objectives of this mission is to achieve an Open-Defecation Free (ODF) India by October 2, 2019 as a tribute to Mahatma Gandhi.