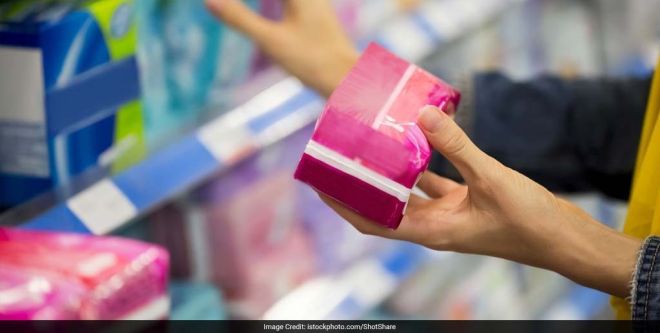 New Delhi: A staggering 88% of girls and women in India don’t have access to sanitary napkins, lack of affordability is one of the major reasons that women in India do not use sanitary products. But instead of making sanitary wear affordable for the masses the new Goods and Services Tax (GST) has levied a whopping 12% tax on sanitary products, earlier they were taxed up to 14.5% depending on states. Meanwhile, sindoor, bangles, and bindis are tax exempted. Is it a fair deal? Ask people on Twitter.

Sanitary Napkins Is Not A Luxury, It Is A Necessity

1. Essential vs luxury debate rages on

why luxury tax is leived on sanitary napkins! Only rich women bleed? Its high time we should knw its an ESSENTIAL not LUXURY. #lahukalagaan pic.twitter.com/PViJdGL5FQ

Her struggle is real…
Choosing between an Extra half kg of rice or a packet of sanitary pads.
Will hunger win or hygiene?#LahukaLagaan

3. Why are bindis and banfles exempt but not sanitary napkins?

Women use sanitary napkins, but a committee of men levies a 12 % GST on it, bangles and bindis are tax free , can you make sense of this?

4. As sarcastic as it gets – iA woman can live without bangles, sindoor and bindi – but, not without a sanitary napkin

GST is not going to help me this time too. Sanitary napkins are not exempted. Might be I should start using Sindoor, bangles and bindis.

5. A woman’s menstrual cycle is not a choice

GST rate list: 12% tax on sanitary napkins and tampons, but no tax on items like bindis and sindoor https://t.co/0aNY9cJtMh pic.twitter.com/SRd55o0Xfa

6. ‘#LahuKaLagaan’ squad: Lahu ka lagaan is a campaign started by SheSays, a not-for-profit organisation to urge the Finance Minister to exempt the tax on sanitary napkins completely

Friends, sanitary napkins should be free under GST, plz tweet to @arunjaitley and make ur voice heard #LahuKaLagaan @SheSaysIndia

GST is being touted as the biggest tax reform since Independence in 1947 which aims to create a common market, preventing ‘tax-on-tax’ and making goods and services cheaper. The GST Council is chaired by Finance Minister Arun Jaitley and comprising state counterparts, has placed a multitude of goods and services under five categories of tax under GST – zero per cent, 5 per cent, 12 per cent, 18 per cent and 28 per cent. But should sanitary pads be taxed?